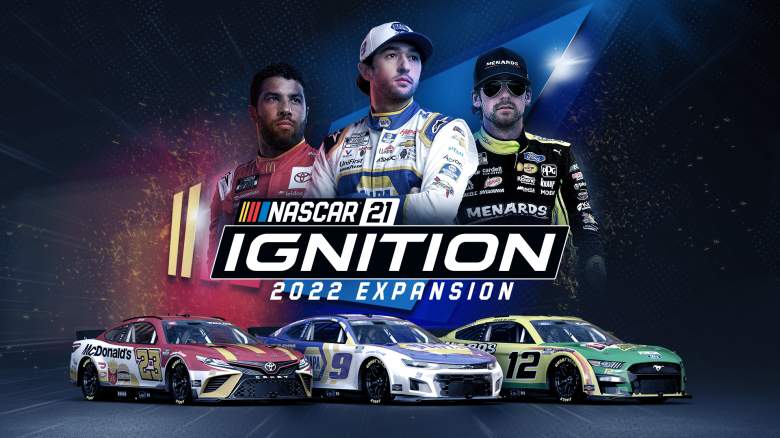 When Motorsport Games launched NASCAR 21: Ignition in October 2021, the company was focused on the 2021 timeline and the final year of Gen 6 cars. Now, however, a massive update will be available soon, bringing the 2022 season to video game consoles.

According to a press release, the 2022 season update will be available for download on October 6th. Those who own the game on PlayStation 4, PlayStation 5, Xbox One, Series S, Series X and PC all have access to the new content for free. Additionally, NASCAR 21: Ignition will be available to new players at a reduced price of $19.99 and will include the Season Update.

This update includes the cars, drivers, liveries and tracks from the 2022 Cup Series season. This offers an opportunity to relive a season with a record-breaking 19 different winners in the first 29 races.

“The 2022 NASCAR season was truly historic as the next generation cars and exciting rookie drivers took the grid by storm. So it was imperative for us to recreate them in a game for our fans,” said Jay Pennell, Brand Manager, NASCAR, at Motorsport Games. “We understand that players may be disappointed this year because there isn’t an entirely new standalone title, but we want to make sure our mistakes from the previous release aren’t repeated.

“To that end, this season update serves as a bridge to our next official NASCAR title, which Motorsport Games is already hard at work developing to accommodate many of the additions and gameplay updates that our fans have been requesting over the past year. The 2022 Season Update adequately reflects the current NASCAR landscape and we look forward to continuing our work to provide our players with the best possible experience going forward.”

The addition of new cars, systems, tracks, and drivers isn’t the only significant change to the NASCAR game. There will also be some “under the hood” updates addressing a variety of player comments.

This list includes “renewed UI elements” that affect navigation in menus and settings, and “an improved HUD” with new tire wear and fuel gauges to accurately monitor the car’s condition during the race in real time.

Motor Racing Network’s Alex Hayden also spent some time at the stand preparing for the massive update. He recorded new show introductions to add some extra flair to all the new content.

These updates to NASCAR 21: Ignition won’t just be in career mode. You will also switch to Race Now and Online Multiplayer. The updated cars and schematic elements will also be available in the paint booth.

“NASCAR 21: Ignition” is the main goal of the massive update. However, it will not be the only Motorsport Games facility to receive the 2022 tracks, drivers and cars.

Motorsport Games has one NASCAR title on the Nintendo Switch, NASCAR Heat: Ultimate Edition+, but the company made no mention of that game in the 2022 Season Update press release.

One possible reason is that there will be a brand new Switch game focused on the 2022 season, the drivers and the conflicts on the track. “NASCAR Rivals” will be available on October 14th, a week after the 2022 Season Update hits other platforms, and will showcase next-gen cars in a portable format.