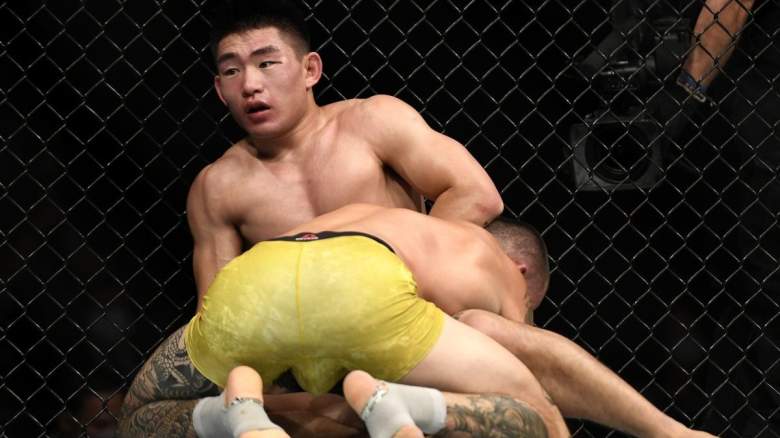 UFC superstar Marlon ‘Chito’ Vera has responded to Cory Sandhagen after being called out by the latter.

Last Saturday, Sandhagen faced up and coming Song Yadong in the main event of UFC Vegas 60 at the T-Mobile Arena in Las Vegas, Nevada. Yadong, a former opponent of Vera’s, got off to a solid start, connecting with some big shots early in the contest. A vicious up-elbow from Sandhagen, however, opened up a knobby cut over Yadongs left eye. He successfully nabbed his tackle when the referee stopped the fight after the fourth round due to a doctor’s stoppage.

“Yeah, one of those guys (‘Chito’ Vera and Merab),” Sandhagen said. “’Chito’ and Merab are the two best. I don’t want to be left out. The last time I was left out I had to fight my way down the leaderboard. I want to fight someone at the top.”

When asked when he wanted to come back, Sandhagen suggested the holiday season just before the New Year.

“Get me someone for Christmas,” he said.

During the UFC Fight Night 210 post-fight press conference, Sandhagen reiterated his call for a matchup and commented on the two potential opponents.

“No not really. I think as a martial artist I try not to have a lot of opinions on anything,” Sandhagen said , and I use them Chito and Merab are the obvious names.

“Both present very different challenges, almost two completely opposite fighters. I really don’t care man. Get me one of these for Christmas.”

Vera shared his thoughts on the idea of ​​facing Sandhagen. He currently has no fight booked and is coming off a brutal headbutt knockout of former UFC Bantamweight Champion Dominick Cruz which he scored last month.

“Well, if he wants it, he can have it,” Vera said. “I’m not afraid of a fight. I’m a fighter, I fight everyone, I want to be world champion. If I want to get there and get the belt, I won’t run from anyone. He wants it, I can get it. Or, I don’t know, whatever the UFC wants.

Yadong came out firing from the start. With his ability to strike quickly, he wobbled Sandman early in the fight, but Sandhagen did well to recover and managed to turn things around.

He admitted he was in a dangerous position on the first lap and explained how he used his experience to get through.

“Pretty hurt. Yes, he definitely rocked me,” added Sandhagen. “It took me a second to get my wits under me. My vision was blurry for about 30 seconds and then kinda blurry here and there throughout the fight. But that fight against Yan, where I got dropped for the first time, helped me get through that moment. I fought my way through because I had dealt with it before.