Liverpool without Alisson and Jota for Community Shield 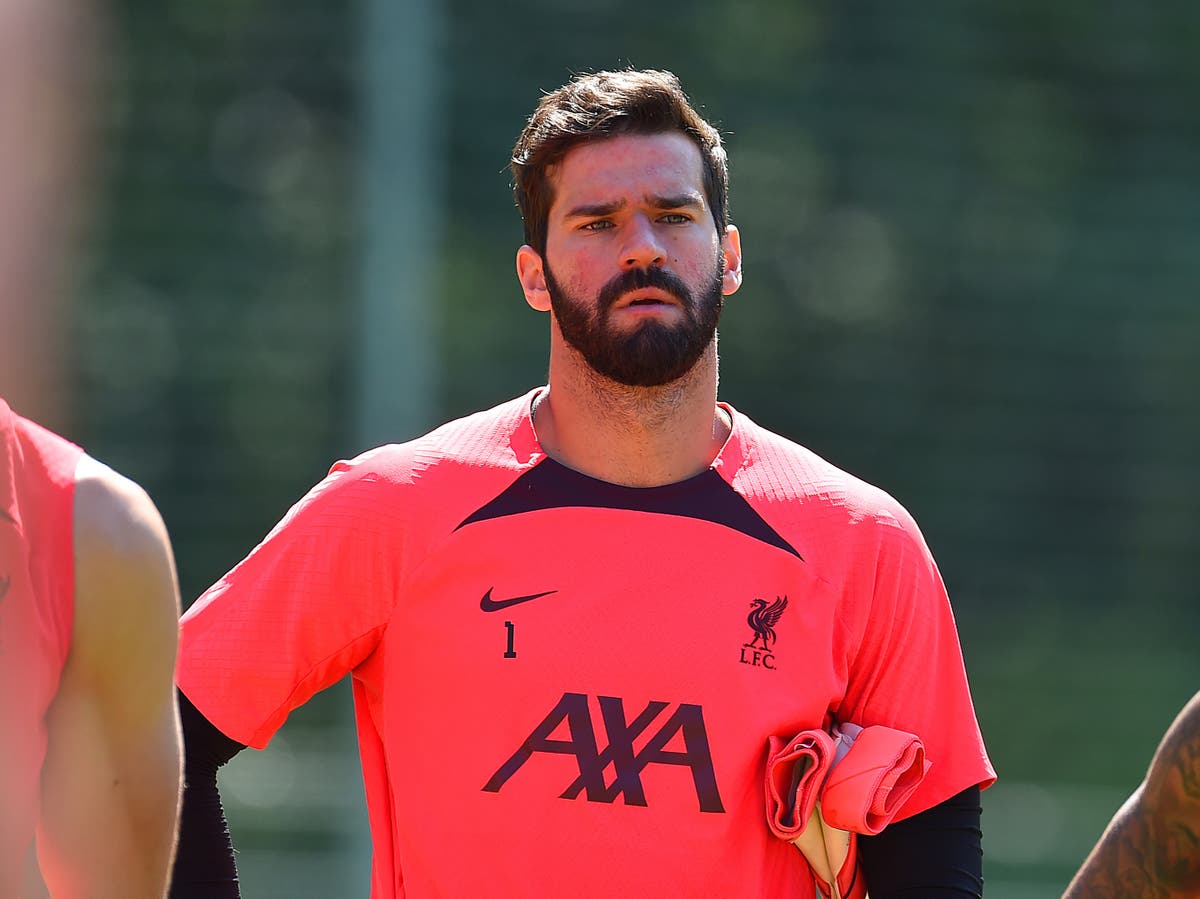 The Brazilian has returned to training after a stomach problem and Jurgen Klopp expects him to be fit for the start of the Premier League season when Liverpool take on Fulham but they will be without both goalkeeper and striker Diogo Jota when they face Pep Guardiola team.

Alisson’s deputy Caoimhin Kelleher has also been sidelined, leaving Adrian on course for his first competitive game since his Carabao Cup clash with Preston in September.

Jota, who scored 21 goals last season, did not travel to Austria for Liverpool’s second pre-season tour due to a hamstring injury and will sit out the start of the Premier League season.

Klopp said: “Ali trained more today than the day before so he will definitely be available for Fulham but not for the weekend. Diogo wasn’t here with us. How could he play a football game? Unfortunately, that will take time.”

He stressed that Roberto Firmino, a reported target for Juventus, will remain at Anfield for the season. The Brazilian is entering the final year of his contract and slipped down the pecking order during an injury-plagued season.

But Klopp said: “Bobby is crucial for us. He is the heart and soul of this team. The way we’ve played over the past few years was only possible because of Bobby. I have no doubts about its quality. Everything else we’ll see how it goes [but] for me he is indispensable for us.”