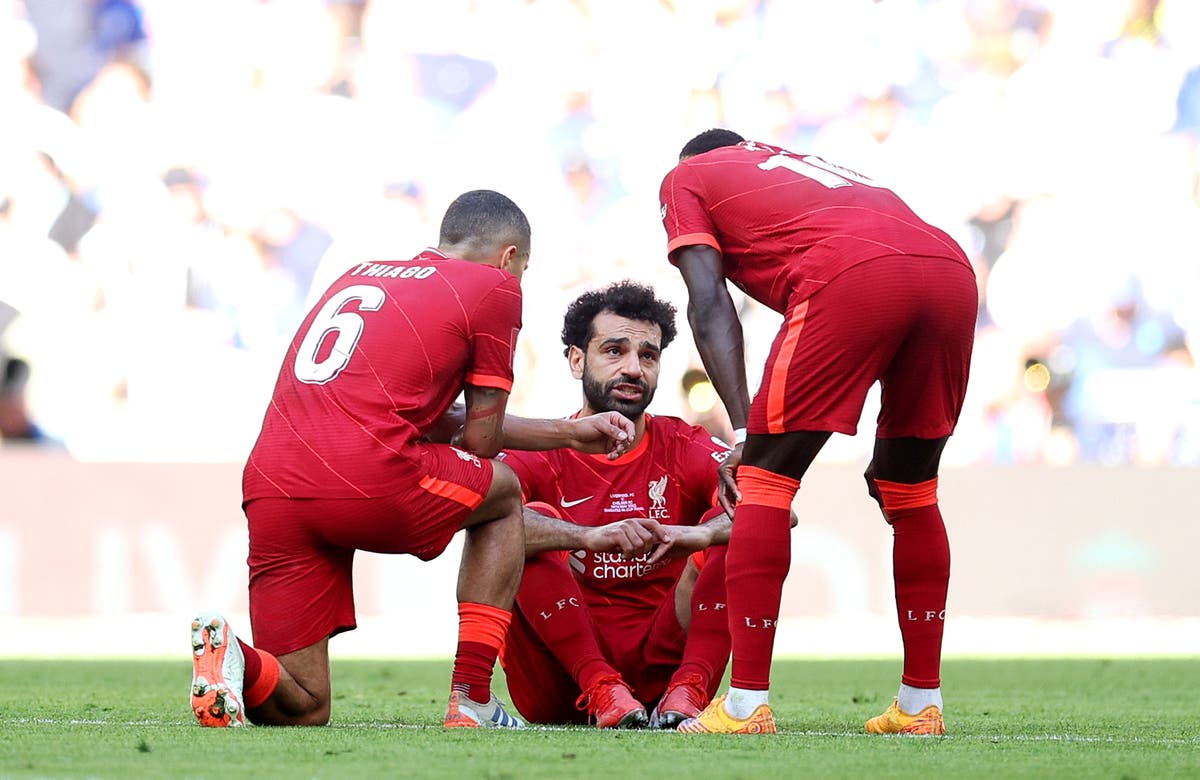 The key duo had to be replaced injured in Saturday’s FA Cup final win over Chelsea, with Salah suffering a groin injury in the first half and Van Dijk retiring before extra time with a knee problem.

Full assessments on both players have yet to be made.

A Reds defeat at St Mary’s Stadium would see Manchester City crowned champions but manager Jurgen Klopp may not be willing to take risks with the Champions League final still to come.

Klopp told a press conference: “This process is ongoing. We played 120 minutes just two days ago. The boys just arrived today (Monday) and we have a lot of decisions to make.

“But what I can definitely promise is that we will line up to try and win the Southampton game. We have a job to do and we need to see who can help.”

After Manchester City’s draw at West Ham on Sunday, Liverpool could drop to within a point of the leaders before the final day if they beat Saints.

Klopp said: “I’m really looking forward to tomorrow’s game. Is it a big opportunity? I wouldn’t say that because I don’t know when City last dropped points back-to-back.

“I don’t expect City to lose points, but that doesn’t affect our game tomorrow. Ideally, we go into the last game a point down.”

Midfielder Fabinho, who missed the cup final with a hamstring injury, is not ready to return but defender Andy Robertson should be available after a cramp on Saturday.