Lions star as ‘Next in Line’ for Big Money contract renewal 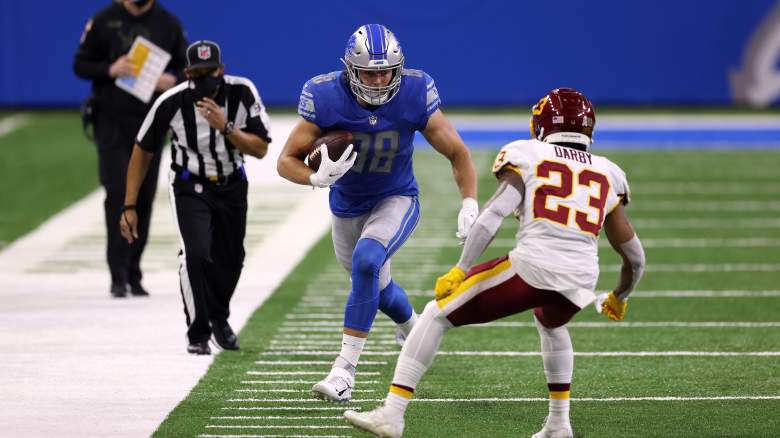 The Detroit Lions have taken many strides in recent years to bring back young talent and reward players who have done a good job for them. So it wouldn’t be shocking if the team continued down this path.

With that in mind, there’s one player who seems poised to make some money soon, and that’s tight end TJ Hockenson. After a solid start to his career, Hockenson could soon make the next move and the Lions could be waiting to reward him for it.

In a new article, Pro Football Focus, along with writer Ari Meirov, identified the young players who are next in line for ‘big money extensions’. Hockenson made the cut, and Meirov said the Lions have been smart about roster building lately. That could go as far as a deal with Hockenson.

“Hockenson’s best days are still ahead of him and it wouldn’t be a surprise if the two sides try to reach an agreement ahead of the season. 2021 was his second consecutive campaign with over 60 catches, and he ranked second among tight ends in contested catch rate (78.6%),” Meirov wrote.

While Hockenson’s 2021 season was put on hold through injury, he looks healthy and poised for a big turnaround in 2022. The Lions may or may not decide on a deal ahead of the season, but either way Hockenson could be primed to close firmly stay in the future.

For the near term, Hockenson is going nowhere. This offseason, the Lions agreed to bring Hockenson back with a fifth-year option a few months ago. That decision cost the team $9.4 million for the upcoming season, meaning it will be in the team’s interest to find a way to negotiate a longer-term contract soon. The option will buy the team time if they don’t find a deal, but the expectation remains that something could be done between the sides to not only secure Hockenson’s long-term future in Detroit, but also to help the team financially.

Detroit’s move with the April 26 option means Hockenson is going nowhere at the moment, but that could be just a taste of what’s to come between the sides in the coming months, according to some.

A new ESPN article, courtesy of insider Jeremy Fowler, explores the cases of several younger players over upcoming league contracts. Who in the group is heading towards a new deal soon? Detroit didn’t have much representation on the list, but Hockenson was one of their bigger headliners.

Fowler wrote of Hockenson, “don’t be surprised” if the team strikes a deal this summer. That’s because Hockenson has been “their most reliable pass-catching option” lately.

If there’s only one question about Hockenson, it’s health. The tight end has seen two of its first three seasons plagued by injuries. However, when healthy, Hockenson was elite. Because of this, the health aspect may not be a big concern for the Lions. The team might just choose to close a deal soon.

No matter when it happens, it’s a possibility that some think is very likely.