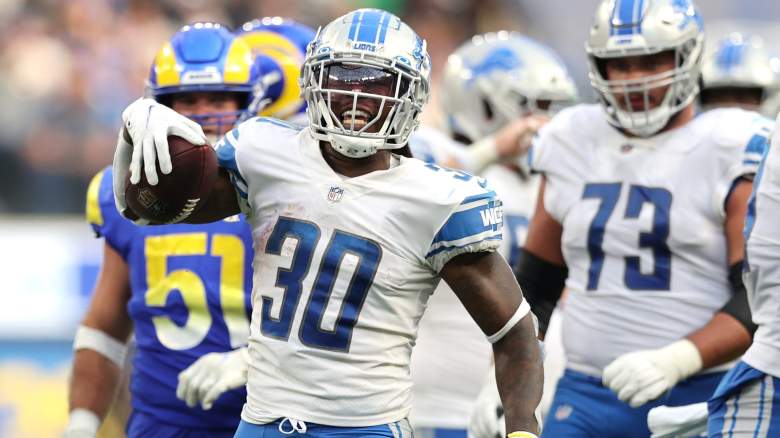 The Detroit Lions’ running game at times seemed poised to dominate in the 2021 season but never quite got over the hump. Accordingly, optimism for a new year is cautious.

Struggling with health last season, the Lions could have one of the deepest running back rooms in the league in 2022 if all goes well. At this point, though, it’s safe to say the team is flying firmly under the radar.

Recently, Pro Football Focus and author Ben Linsey ranked each running back room ahead of the 2022 season. The Lions did not make the top 10, nor did they make the top 15. Detroit finished 20th overall against their NFL competition.

As Linsey wrote, he likes the fit of D’Andre Swift as well as Jamaal Williams for the team and believes the Lions could benefit not only from these players but also from their offensive setup.

“Swift should be able to capitalize on one of the better offensive lines in the league as a runner and add value in the passing game in 2022. Behind him, Jamaal Williams has also proven to be a valuable No. 2 option in Detroit and Green Bay over his time,” Linsey wrote in the article.

Still, 20th place is low, proving the Lions have a lot of critics to answer on the field this year. If they can, it could be a plus for the team and offense.

One thing easy to see? The Lions have a good running back group and it’s a deep group too. The team has several different pieces from the top and bottom of the list and it might be difficult to sort through the competition in the space as a result. Of course, Swift and Williams are the top pairing for the team and the character to get all the attention. From there, the Lions primed 2021 seventh-round Jermar Jefferson to be able to make a bigger push. He showed glimmers of greatness in 2021 but was lost to injury midway through the season. Craig Reynolds has impressed from training camp all season and will have a chance to assert himself going forward. Godwin Igwebuike also showed his stuff with 118 yards and 1 touchdown and could be part of the mix if he can fix some fiddling issues. Rookie undrafted free agent Greg Bell is also a player to watch, but he may need to take a backseat and hope for practice squad given the depth.

As a group last year, the Lions rushed just 1,886 yards as a team. A new season, a more durable Swift and better health could help push that number up for Detroit. At the moment it looks like this group is quietly among the deeper in the league.

A big advantage that nobody talks about? Detroit has some solid tackles in Decker and Sewell, an elite center in Frank Ragnow, a Pro Bowl guard in Jackson, and a player who had a very strong recovery in the 2021 season in Halapoulivaati Vaitai. Couple that with the depth the team has found in the likes of Evan Brown, Ryan McCollum, Matt Nelson and Tommy Kraemer, there’s no reason it can’t be right away.

Detroit takes on the look of a line that’s hard to play against and has the depth. Not only can they shove people around in the running game, they can potentially give their quarterback an elite pocket in 2022. That will be a big advantage for the team’s offense.

In the end, 20th place in the NFL could look pretty low for this team a year from now if things start coming together properly. At least that’s what the Lions in the minds of PFF will start with.