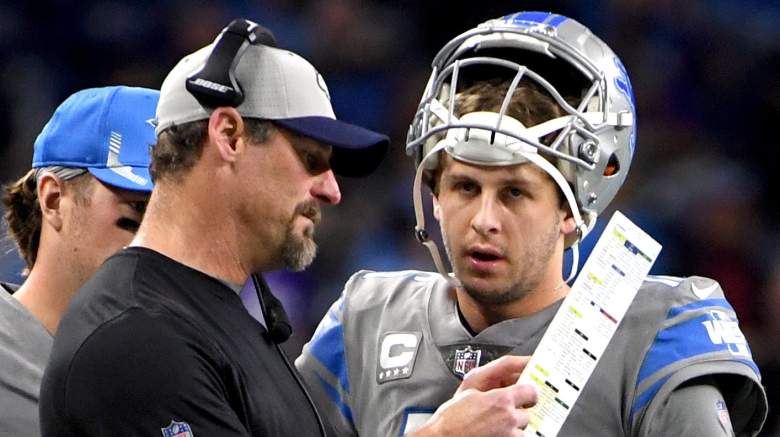 Jared Goff’s first season with the Detroit Lions didn’t go as planned, but the former No. 1 overall is confident about the new season.

Goff ended up with the Lions last offseason in a trade that sent Matthew Stafford to the Los Angeles Rams and also earned Detroit a pair of first-round picks. He went 3-10-1 in his starts last season and was shaky at best as he passed for 3,245 yards, 19 touchdowns and eight interceptions.

The Lions have popped up in a few trade rumors this offseason, most prominently for former Cleveland Browns QB Baker Mayfield. However, Goff remains without much competition for the starting gig with David Blough and Tim Boyle behind him at the top of the depth chart.

Goff will have some powerful weapons to work with with newcomers DJ Chark and rookie Jameson Williams, who will join forces in the passing game with tight end TJ Hockenson and Amon-Ra St.Brown. Goff is confident the Lions are. ready to come around the corner next season.

“People outside the building obviously can’t see it,” Goff told Football Morning America’s Peter King. “But we have a plan and we are fully committed to it. People see some of what Dan says and that’s great. But I can tell you – Dan knows what the hell he’s talking about, and he respects that [locker] Room.”

Goff was strong late last year, throwing nine touchdowns and just two interceptions in his last four games. While Goff has struggled at times, he didn’t exactly find himself in a great situation in Detroit, and head coach Dan Campbell feels his quarterback is in a solid position heading into the new season.

“I think Goff is in a really good place,” Campbell said. “Finished last year strongly. I like the fact that we have pieces around him that I think will help bring out the best in him. We have some parts here that complement each other and will really help him be the best he can be. Listen, he’s an accurate quarterback. He does it well. He can throw the football and he can put it right on the money.

The Lions are a solid way to win the NFC North at +1,000 per DraftKings. But if Goff takes the plunge with a year in Detroit and some new guns, the Lions could make some noise and get out of the division’s basement.

Goff wasn’t the only person to get some heat in Detroit last season. So did Campbell, with his slightly unorthodox style and viral soundbites. With a year under his belt, Campbell is confident his Lions can turn the tide.

“I know people are probably tired of hearing the foundation and the culture, but I feel like we laid that down in first year,” Campbell told King. “I feel like that was the primary goal for us. We have to create our own style, our own identity, our own culture of who we are, what we accept, what we don’t accept and now let’s build on that. Now in our second year, we feel like we’ve built that foundation now. Let’s start piling on that.”

We’ll see if the Lions make the leap in Year 2 under Campbell and how many kneecaps they can bite on their way to the top.