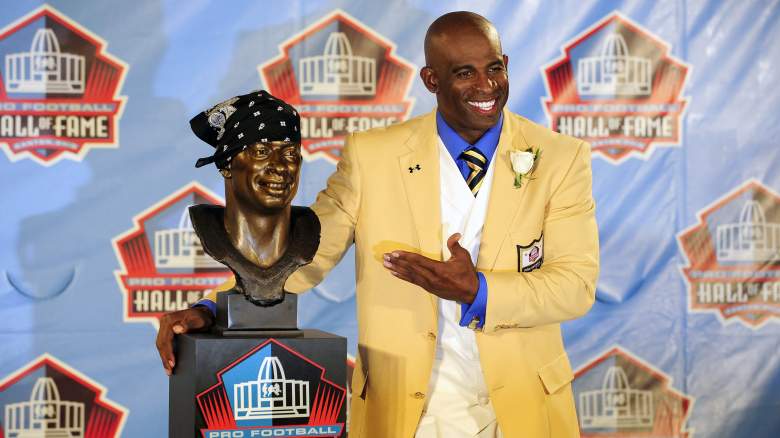 The Detroit Lions’ defense has struggled in recent years, so it’s easy to see that they were a problem. Perhaps the biggest problem is that they didn’t have a problem of their own.

That will change radically with the addition of Jacksonville State linebacker James Houston. The Lions snapped Houston with the 217th pick, and he has a serious penchant for making quarterbacks feel the pain, as well as a solid nickname.

After being selected on Saturday, April 30, Houston took part in a conference call with reporters and explained that his nickname was “da problem,” as in the old axiom “Houston, we have a problem.”

Houston himself has been a huge problem for opposing offense, and that’s true whether or not he played in Florida or Jackson State. While playing with Jackson State, Houston played for Deion Sanders, who is known to punish NFL teams for not paying attention to JSU pro tag. Houston becomes the first Sanders player to be drafted into the league as a coach.

Detroit paid attention and could end up stealing a player. It is possible that he will jump to the top right away to have the best nickname in the dressing room.

Detroit may have managed to snag a bargain in Houston, and if it does, it will be thanks to the good work of Detroit’s scouting team as well as General Manager Brad Holmes. Holmes was praised by NFL Network’s Steve Wyche for showing up and taking the chance on Houston for his roster.

Holmes himself is an HBCU alumni, so he knows the punch that players at this conference can take if coaches and scouts pay close attention. To that end, he may have done good by beating a lot of people against Houston who could do some good things for the roster.

It’s not just fun and games with the Houston name that the Lions will get. He’s a monster of a player and has been doing stats while playing college football. Last season Houston had 70 tackles, 24.5 tackles for loss, 7 forced fumbles, 2 interceptions and 1 defensive touchdown with 16.5 sacks. Houston played in Florida in 2020 and put up 37 tackles, 1 sack and 1 forced fumble. It’s safe to say that his career began when he played for Sanders.

Houston was also a first-team All-SWAC, a STATS FCS All-American, and an FCS Coaches All-American in the past year. He packs a punch on the field, as the highlights show:

It’s easy to see what a problem Houston was when he was on the field and playing big. The Lions hope he can continue to pose a problem for the competition when he comes to the NFL.