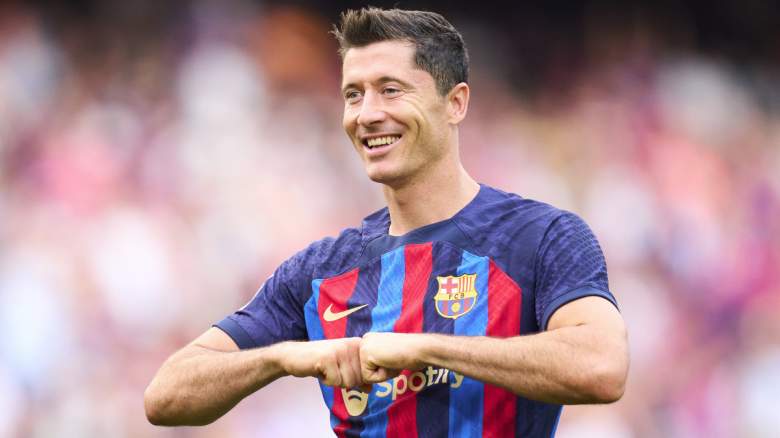 Robert Lewandowski has made a brilliant start to life at FC Barcelona after his €50m move from Bundesliga champions Bayern Munich in the summer transfer window.

The Poland international is already leading the La Liga goalscoring charts after scoring eight goals in just six games for the Catalan giants. It’s an impressive feat, especially considering Lewandowski has been reported to have topped more than half of the 20 La Liga teams Select.

The 34-year-old not only leads the league goalscoring charts but also leads in the Champions League with three goals, level with Manchester City’s Erling Haaland and PSG’s Kylian Mbappe.

Lewandowski has only been at Barcelona for a few months but has already scored his first hat-trick against Viktoria Pilsen in the Champions League and clinched braces against Real Sociedad, Real Valladolid and Elche.

Barcelona manager Xavi Hernandez has consistently praised Lewandowski this season and also opened up about what surprised him the most about his signing, as reported by Marca.

“What surprised me the most about Robert Lewandowski is his human side. He works hard, he’s very professional, but he’s very humble. We had no doubts about his scoring chances,” he said. “We knew he would score and make the difference, but I was really impressed by his human side. He’s very, very humble. He’s really dedicated and hungry. It’s great to have a player like him.”

Lewandowski certainly seems to be thriving at the Camp Nou and has already reassured those critics who questioned the wisdom of Barcelona spending big bucks on an aging player in the summer.

Lewandowski is currently on international duty with Poland for the Nations League games against Wales and the Netherlands in September. The forward gave a preview of the matches at a press conference where he also opened up about life at Barca.

“I feel very comfortable in a new place. I know the road hasn’t been easy, but I’m where I wanted to be and that’s the most important thing,” he said. “A transfer that the player is happy with gives the team more hope. It is known that a player can achieve more when he is happy.”

Lewandowski has certainly given Barcelona plenty to celebrate since joining and the feeling is clearly mutual. The Catalans shrugged off a disappointing first-day draw against Rayo Vallecano to win their next five league games.

Xavi’s side return with a trip to Real Mallorca in La Liga on October 2 and face a busy schedule with some big games ahead of the World Cup. Barca play Champions League games against Inter and Bayern and also face Real Madrid in La Liga in October.