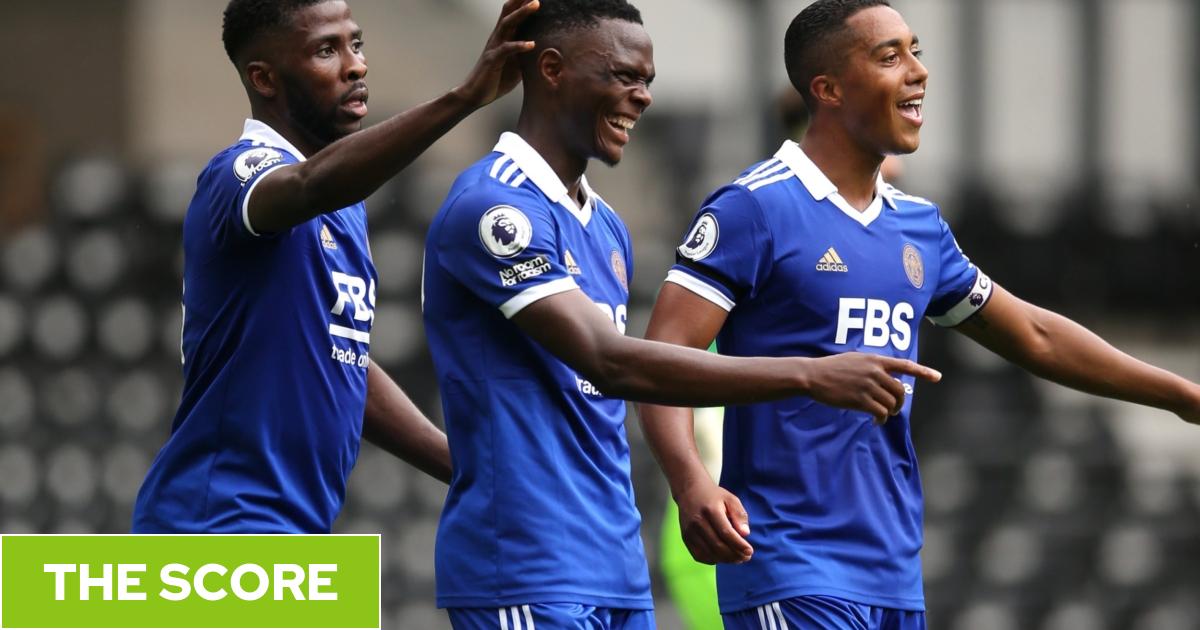 Last season was widely regarded as little better than satisfactory by Leicester supporters, hampered by a series of significant setbacks. In the end, Leicester finished eighth in the Premier League. If that isn’t a sign of the progress this club has made over the last ten years, then I don’t know what is.

Leicester have also had an unreasonable number of absentees over an extended period. Wesley Fofana, Jonny Evans, Wilfred Ndidi, James Justin and Jamie Vardy were all absent injured. None of these five players came to more than 20 league games. Assuming most of them stay fit this season, all is well at a club that finished just six points off the top six.

Kiernan Dewsbury-Hall has had a full season in the first team and looks like a gem, Patson Daka has had a full year to settle into English football and James Maddison is looking like an elite creator again (if he is not sold). Add Vardy, Kelechi Iheanacho and Harvey Barnes to this list and you have the best attack outside of the Big Six when everyone is fit.

Leicester’s other great strength under Brendan Rodgers – and it’s a small niche – was scoring goals around half-time. Last season, Leicester scored nine times between the 41st and 50th minute and conceded just two. During that period, they were the second-highest goalscorers in the league, had the best defense and goal difference. Watch out for Leicester early in the second half.

Eventually, Jamie Vardy slows down. There’s no reason to assume he’ll face the same injury woes as last season, but a 35-year-old reliant on explosive leaps of pace will always be at risk of muscle fatigue. Leicester’s success has been so firmly built on Vardy that more absence will cause a problem. In the 18 league games he did not start last season, Leicester picked up 17 points.

Central defense was a problem last season and that too could continue to hamper Leicester given the lack of replacements. Jannik Vestergaard’s signing just didn’t work out, Evans has been absent from various spots throughout the season and Caglar Soyuncu has suffered an exceptional decline since being named 2019-20 PFA Team of the Year.

Linked to this is the clinking problem, certainly the most recognizable individual weakness of any team in the Premier League. Leicester’s defense from set pieces has become the black humor of match-going fans. “Don’t bother giving them a corner; might as well make it a penalty.”

Whether it’s Kasper Schmeichel’s line-up, individual mistakes in not picking up opponents or a lack of internal support on the training ground is open to interpretation. But until Rodgers sorts it out, Leicester’s potential will have a natural ceiling.

And then there’s the mood itself. Like it or not, a team’s dealings over the summer are insightful in determining fan satisfaction at the start of the season. With rumors keeping Maddison, Barnes and Fofana away from the club, Leicester would need to recruit wisely and quickly to avoid a lingering sense of easy decline.

It’s easy because there was no summer business. Leicester are the only top club not to have signed a player this summer. The obsession with transfer culture is hyperbolic to the point of mania, but there’s no point in signing players just for that. But that only works if there are no problems to be solved in the team. At least in central defence – and probably at squad depth too – Leicester have issues that have not been addressed.

That’s not a big surprise. At the last official count, Leicester’s payroll was roughly the same as Tottenham’s and the club have announced an overall loss of around £90million over the last two years. They simply cannot afford to invest significantly in the roster without selling players and remain financially cautious.

And so far these players have not been sold. Youri Tielemans and Boubakary Soumaré are two players rumored to want out but applicants have kept quiet. Harvey Barnes, Luke Thomas and James Justin would all be high-end targets for high-end clubs but Leicester don’t want to sell them and again no firm offers have come in anyway.

Rodgers is in an unusual position as he would likely expect an offer from a bigger club if he were to leave Leicester and yet his position in his current job looks a little tenuous. The lack of transfer business doesn’t help; Frustrated supporters are unlikely to fret at what is arguably the division’s most popular owner.

But the nagging problem is that fans are realizing Rodgers has effectively told them to stop being so haughty when they expressed reservations about the club’s performance, particularly in relation to the conundrum surrounding set pieces. It doesn’t matter if Rodgers was right — and he was. Telling football fans to be content with their lot is the quickest way to erode one’s popularity.

There’s no reason Leicester can’t start without European distractions, but everyone around them is improving too. 10