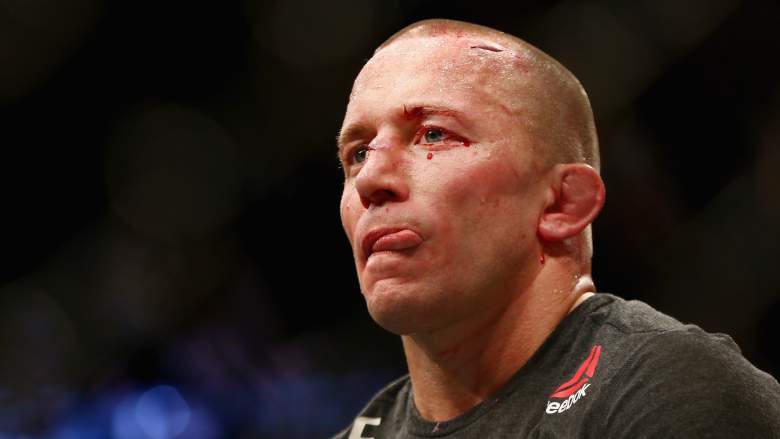 St-Pierre last fought in 2017 when he returned to the Octagon after a four-year absence. The longtime 170-pound king rose to 185 pounds and challenged then-middleweight champion Michael Bisping for the belt. And during the third round of their UFC 217, “GSP” caught Bisping on his feet and finished the contest with a rear naked choke, earning a second division title in the promotion.

However, the Canadian would not compete again. He left the belt about a month later after announcing that he had ulcerative colitis. And although he would eventually make a full recovery, he announced his retirement from the sport in 2019.

The UFC Hall of Famer recently spoke to Helen Yee and during the interview, GSP named his two fellow champions as opponents he wishes had fought in his prime.

St-Pierre went on to point to a mix of fight demands and promoter desires as reasons why the fights never materialized.

A match between St-Pierre and Silva has long been considered the sport’s ultimate superfight. For years both men ruled their respective divisions and considering Silva was middleweight, a weight class above GSP, a contest between them was plausible.

However, there was never a dispute. GSP and Nurmagomedov had also expressed interest in fighting each other, but when “The Eagle” retired from MMA in 2020, the potential fight was nipped in the bud.

GSP hasn’t closed the door on a possible grappling match with Nurmagomedov, but he hasn’t committed in any way to continuing the competition.

“Maybe one day I’ll do a grappling match, and if it’s for a good cause and well organized, you never know,” St-Pierre said. “Every time I say something like that, people get excited and rumors start. But the truth is we’re retired and I’m good where I am and I’m sure he’s good where he is. And if those fights didn’t happen, it’s because on my side — we had requests, we had terms and conditions, that if they accepted the terms, we would be willing to step in and fight the fight. But they have not achieved these conditions.

“Fights are also made because of the fans, because of the two guys, the promoter – but the timing also has a lot to do with it. …Anderson Silva and I, and Khabib and I, it’s always a matter of timing. If you fight that fight today, it won’t be the same because we lost the timing.