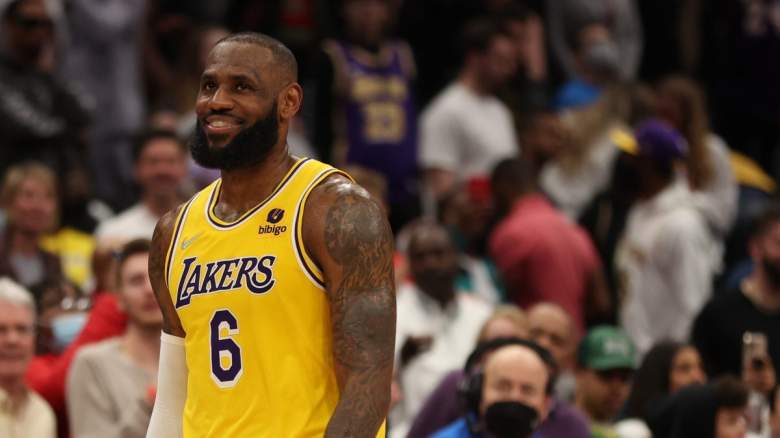 Los Angeles Lakers star LeBron James is back in America after vacationing abroad with his family, and the four-time MVP is already gearing up for next season.

James went to the Lakers practice area at 5 a.m. on May 11 and practiced. The four-time Finals MVP posted his session on social media and Lakers fans loved it.

James is very diligent when it comes to his body. He spends over $1 million a year taking care of his body and works out a lot to make sure he’s strong and fit.

The Lakers, however, were a walking disaster, despite James’ brilliance. They won just 33 games and missed the playoffs after having the second best chance of winning the championship in the preseason.

Some Lakers fans believe James will have a revenge season in 2022-23. Although the king has been spectacular in this campaign, his outstanding play has not resulted in victories.

The last time James missed the playoffs was in 2018-19, his first season with the Lakers. Los Angeles won the title the following season, leaving some Purple and Gold fans optimistic about the future.

James has won four championships during his storied career. He is the second-best scorer in NBA history and the only player to make the all-time top 10 in points and assists. James is expected to overtake Kareem Abdul-Jabbar as the No. 1 goalscorer next season. He has nothing left to prove in the NBA.

Despite this, James trains his body and mind at the highest level because he is not satisfied with four rings.

James told reporters on April 11 during his exit interview that he remains committed to winning more championships. The Akron Hammer is two titles and two Finals MVPs away from tying his childhood idol, Chicago Bulls legend Michael Jordan.

Ever since James joined the Lakers as a free agent in the summer of 2018, basketball operations vice president and general manager Rob Pelinka has referred to LBJ as a “stakeholder.” It’s worth noting, however, that James said he’ll keep his hands off it when it comes to the Lakers’ offseason decision-making process on April 11.

“It’s not my choice to sit here and say, ‘Well, we should bring that back and put that on the list.’ That would be the decision of the front office,” said James. “And of course they may ask for my input, but at the end of the day they will make the decision that they feel best fits this franchise.”

“I think the front office will do whatever it takes to help this ball club become a better ball club from top to bottom. Ask me for my opinion, I will give my opinion, but at the end of the day you will make the decision that you think is best for the franchise.

James will become an unrestricted free agent in the summer of 2023. He can sign a two-year extension this offseason.