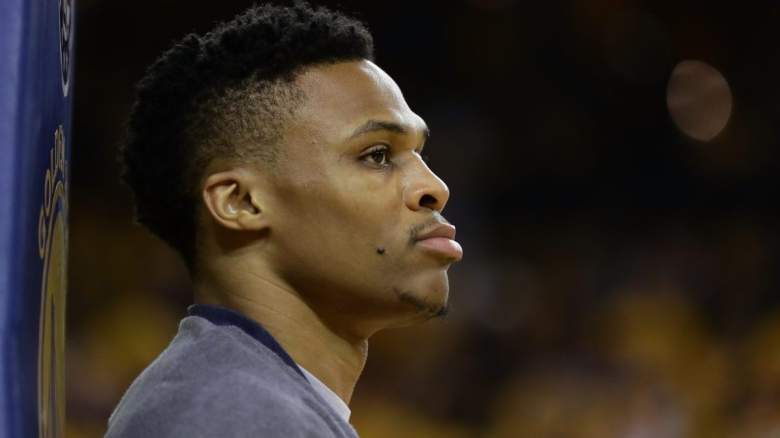 It looks like the Los Angeles Lakers have decided to pause their pursuit of Myles Turner and Buddy Hield, in large part due to the Indiana Pacers’ commitment to wanting two first-round draft picks in return.

According to Shams Charania from The Atheltic, Speaking on a Sept. 21 episode of The Rally, the Lakers are unwilling to part with two future first-round picks in a potential deal with the Pacers and have therefore distanced themselves from negotiations.

It appears that the Lakers have pulled out of trade talks with both the Utah Jazz and Pacers in recent weeks and will now likely step into the season with their current roster and try to figure things out before deciding what their next steps will be.

On a Sept. 19 episode of ESPN’s NBA Today, Ramona Shelburne reported that the Lakers are likely to keep Westbrook as a starting point guard early in the season — further fueling the notion that he’ll likely see the final year of his contract with Los Angels .

“From what I understand now, they still see Russell Westbrook as a starter. He is a former MVP. He showed me that respect. Everyone will compete for jobs. … Russell Westbrook is the starter there,” Shelburne said.

Despite all the criticism leveled at Westbrook towards the end of last season and throughout the summer, the superstar guard was one of the Lakers’ most consistent performers last season — particularly from a health standpoint.

In 78 regular-season games, Westbrook averaged 18.5 points, 7.4 rebounds and 7.1 assists per game while averaging a 47.6% effective field goal percentage. Of course, if the California native wants to be an effective member of the rotation next season, he’ll need to take on a little more of an off-ball role to give LeBron James and Anthony Davis enough clearance to get to work in the paint.

As the Lakers season began last year, Westbrook was the source of frustration for many fans and some of the national media, causing him to feel disrespected and his relationship with the fan base deteriorating.

Over the summer, Westbrook’s name has been rife with the Lakers and trade rumors — something that, again, can be viewed as offensive or disrespectful. So it came as no surprise when Westbrook’s wife, Nina, shared her thoughts on social media, however cryptic they may have been.

“A bottle of water can cost $1 at the grocery store, $3 at the gym, $5 at the movies, $6 on a plane, and $10 on vacation. Same water. The only thing that changed its value was the location. So the next time you feel like your worth is nothing, you might be in the wrong place,” wrote Nina Westbrook.

It will be interesting to see how Westbrook’s relationship with the Lakers fan base and the wider media develops over the coming season, as having him become a regular part of their rotation will create an interesting dynamic early in the year.