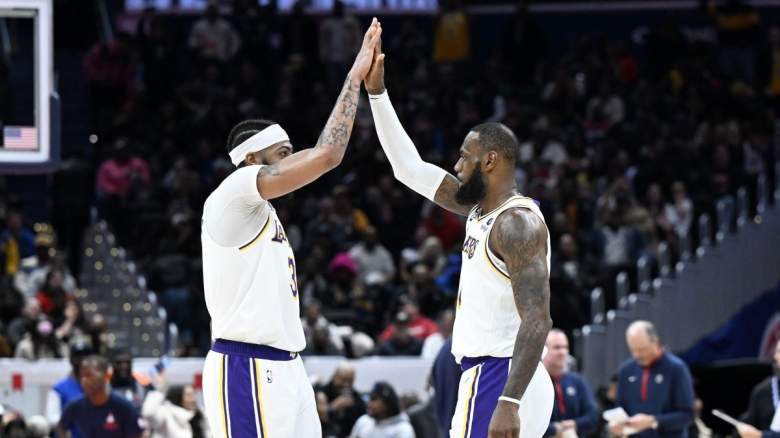 After the Los Angeles Lakers defeated the Portland Trail Blazers on Jan. 22, LeBron James sent a powerful message about Anthony Davis’ return from a stress injury in his right foot.

James, who finished in the Lakers’ 121-112 win over the Blazers with 37 points, 11 rebounds and four assists, told reporters that he doesn’t want to get too upset about Davis’ return to the lineup since he’s not just focus on winning games. However, the four-time MVP knows what The Brow will bring to the club.

“I don’t want to get too excited because I just know what he brings to our ball club,” James said. “I want him to take as much time as he needs. And when he’s ready, when he feels like he’s ready to put on a uniform and I see him walking out with us, then I get excited again. But for now, I’m fully committed to getting this ball club and empowering them to succeed every night. We all can’t wait for AD to come back obviously. But whenever that moment is, we’re going to be super excited. But right now I am determined what I need to do personally and for this ball club. So you’ll see the same thing from me no matter what.”

ESPN’s Adrian Wojnarowski reported Jan. 20 that Davis could return to the Lakers lineup “as early as late next week.” Los Angeles embarks on a five-game road trip against the Boston Celtics on Jan. 28.

“Los Angeles Lakers All-Star Anthony Davis continues to make pain-free progress on his right foot and there is optimism of a return to the roster as early as late next week, sources told ESPN on Friday,” Wojnarowski reported. “The Lakers begin a five-game journey on Jan. 28 in Boston. Davis, who has been out since mid-December with a stress-loading foot injury, has increased his activity lately, and coach Darvin Ham said Thursday that Davis is ‘making really, really, really good progress.'”

Davis, who has the same agent (Rich Paul of Klutch Sports Group) as James, signed a five-year, $190 million contract with the Lakers in December 2020. The future Hall of Famer averaged 24.6 points and 9.6 rebounds as a member of the Lakers, who won the 2020 championship over the Miami Heat at the Walt Disney World bubble in six games behind James and Davis.

Lakers head coach Darvin Ham told reporters Jan. 22 that Davis “looked phenomenal” when he went through full-contact scrimmage on Jan. 21. Davis did not need surgery on his right foot.

The Lakers acquired Davis from the New Orleans Pelicans in the summer of 2019. In the regular season, they are 83-44 when both James and Davis play.