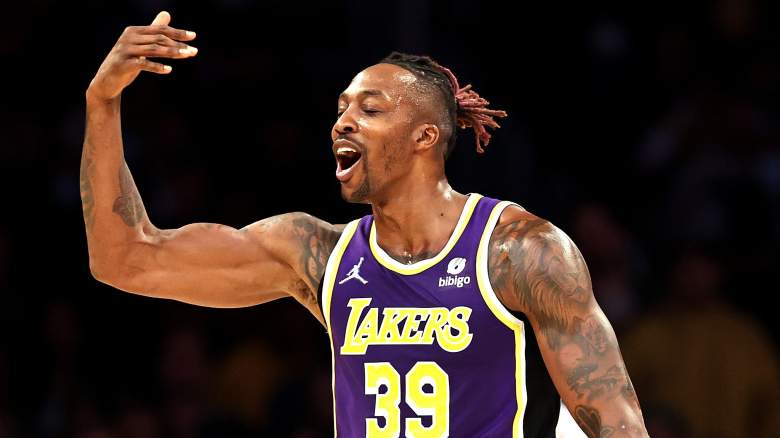 In late October, when the Lakers were fighting on the pitch (as they are now), side cameras caught a heated argument between Dwight Howard and Anthony Davis on the LA bench. It was, as Howard said, an unfortunate situation, but what bothered Howard beyond the actual incident was the way the media got on the scramble – fast and loud.

Not as loud, of course, as ESPN boss Stephen A. Smith, who warned Howard not to side with Davis and said, “You’re lucky to be in this league.”

Speaking to Taylor Rooks of Bleacher Report, Howard said the initial confrontation with Davis was over quickly, but the media obsession that followed remains with him.

“It bothered me because a lot of people in the media were shooting it, aka Stephen A. ‘Bald Head’ Smith …” Howard said before pausing with a laugh. “Okay, I’m just playing, let me stop. He said a lot. “

When Rooks paused to say, “Shout out Stephen A.” Howard stopped her.

“I don’t yell at him like that,” he said. “He said a lot of things and a lot of times, things like that, as men, when you play basketball and you have situations you have to find better ways to deal with it and obviously we were both kind of heated at that moment.” But I know everyone is watching, everyone. So it’s best to take a deep breath. To calm oneself down. I knew that as soon as the next day came it would be discussed. “

In fact, the incident that resulted in a home defeat for Phoenix became the fodder for sports talk everywhere, coupled with the fact that the rebuilt Lakers, studded with six future Hall of Fame players, came out 2-0. However, Howard said that he and Davis had made it through by halftime. It was everyone else who moved on with the story. Howard explained:

Howard also revealed that Smith isn’t the only one he has to iron out some things with. He also noted that he would love to deal his beef with Sun’s point guard Chris Paul, although he never said exactly what that beef was.

Howard discussed a conversation with retired star Kevin Garnett, who was known for his intensity on the pitch, which Howard initially intimidated. Garnett explained to him, however, that it was strictly on the floor that he viewed Howard as an enemy in the arena. He had no problem with him on the floor.

Rooks asked if there was a player he’d like to have a similar conversation with. Howard said Paul.

“Just an understanding,” said Howard. “Just a very good understanding. Many people have had a choice of saying things about Chris Paul. So I just want to talk to him. That’s all I can say now. “

When asked how his relationship with Paul, who got into the NBA in 2005, the year after Howard, was what it was now, Howard said, “We don’t have any. To me, it’s just the fact that we’re a brotherhood, a big brotherhood, and we have to set an example not just for kids trying to get into the NBA, but for adults and people around the world, even for children all over the world. “