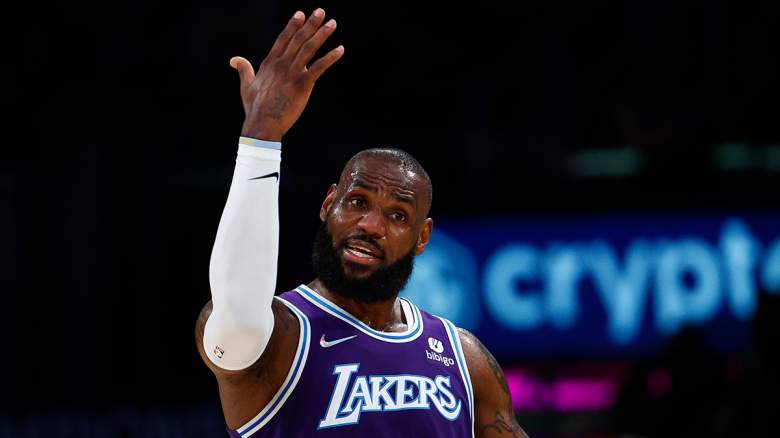 Trade rumors have been rife in recent weeks linking the Los Angeles Lakers to Kyrie Irving. While the Star Guard would fit, there is a much bigger name out there in Brooklyn Nets teammate Kevin Durant. The Lakers were not mentioned as a landing spot for the 12-time All-Star as he likely doesn’t want to play in LeBron James’ shadow. But what if he didn’t have to.

Turning 38 at the start of the season, LeBron doesn’t have many years left as an elite player. Since the Eastern Conference is much less treacherous than the Western Conference, a move to Brooklyn could be attractive. Bleacher Report’s Greg Swartz outlined a possible trade between Durant and LeBron that would make sense for all involved:

A move to the Nets might make sense for LeBron, but why would Durant want to go to Los Angeles? He’s had a hot and cold relationship with Russell Westbrook and the Lakers don’t have an easy road to the championship. However, Durant is a big fan of Anthony Davis. He even put the big man on his all-time list. The two would form one of the best duos in the NBA.

Swartz explained why the Lakers should address Durant:

Thanks to their contracts, the Lakers and Nets were able to trade Durant and LeBron without many other plays. However, Brooklyn would undoubtedly view Durant as the more valuable asset. He’s four years younger than LeBron and should have more years left as an elite player. If the Lakers were really interested in this deal, they’d have to attach a first-round pick or two.

To land Durant, it would have to be worth it. The Lakers don’t even know if LeBron will be in Los Angeles after this season. Durant is under contract until 2026, so they wouldn’t have to worry about him being a flight risk. It’s hard to imagine such a trade actually taking place, but it makes sense for everyone involved.