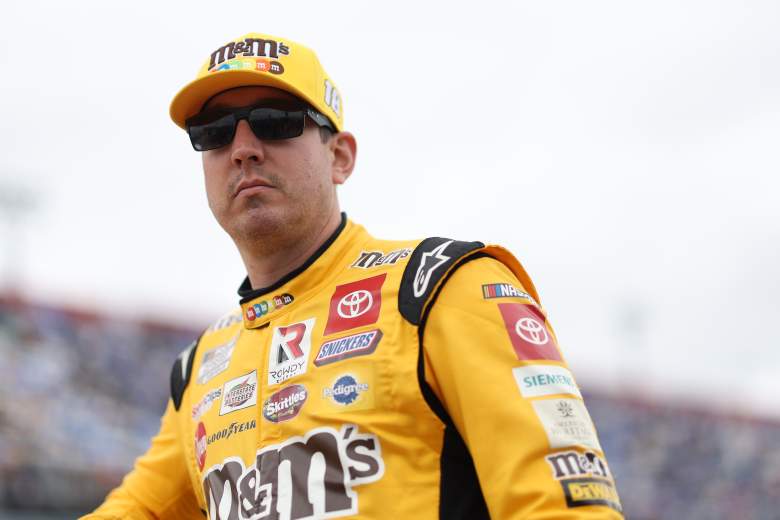 Kyle Busch’s career is about to fully unfold. Utopia announced it has acquired the worldwide distribution rights to Rowdy, a new documentary focusing on the polarizing NASCAR driver.

A May 11 press release announced that Utopia – in partnership with Fathom Events – will be hosting a global premiere and VIP event in Nashville on June 23 to introduce the new documentary. “Rowdy” will then only be shown in cinemas nationwide for one night, on June 29th.

“Kyle Busch is a world-class competitor and has shined as one of NASCAR’s biggest stars for nearly two decades,” said Matt Summers, NASCAR’s managing director of entertainment marketing and content development. “We are thrilled to be working with Chance Wright, Utopia and Fathom to bring Kyle’s story to life for all racing fans.”

Utopia announced it had acquired the rights to Rowdy, then released a trailer for the upcoming documentary. The short clip gave a first glimpse of the storylines that will take over the conversation.

The trailer revealed some of the industry members who will be part of the documentary. FOX Sports reporter Jamie Little, Hendrick Motorsports owner Rick Hendrick, Hall of Fame driver Dale Earnhardt Jr., Samantha Busch and Hall of Fame driver Jeff Gordon all made appearances while discussing Busch’s career.

The trailer also revealed that the 2015 season and Busch’s return from a broken leg would play a role in the documentary. Gordon, in particular, said the No. 18 driver has gained many fans and respect this championship season.

“ROWDY is an incredible comeback story of perseverance, determination and overcoming unlikely odds,” said Chance Wright, executive producer of ROWDY. “Pulling back the curtain reveals the truth of sportsmanship in NASCAR and Kyle. Hardcore NASCAR fans will benefit just as much as the person who has never watched a race.”

“Rowdy” gives a deep insight into Busch, his career and his personality. There will also be another documentary series that the veteran driver released at the end of the 2021 season to discuss another series.

Busch used his YouTube channel to publish a multi-part series entitled My Xfinity Series Story. He sat down at Kyle Busch Motorsports surrounded by many of his trophies and offered some comments on his career and the 102 victories he had accumulated in the second tier series.

One of the episodes focused on Busch’s early days in the Xfinity series. He spoke about his first win for Hendrick Motorsports and NASCAR, which changed the minimum age rule for their three national series. Busch then shared more insights into his career in the second episode, revealing his reasons for always competing in the Xfinity Series while also running full-time in the Cup Series.