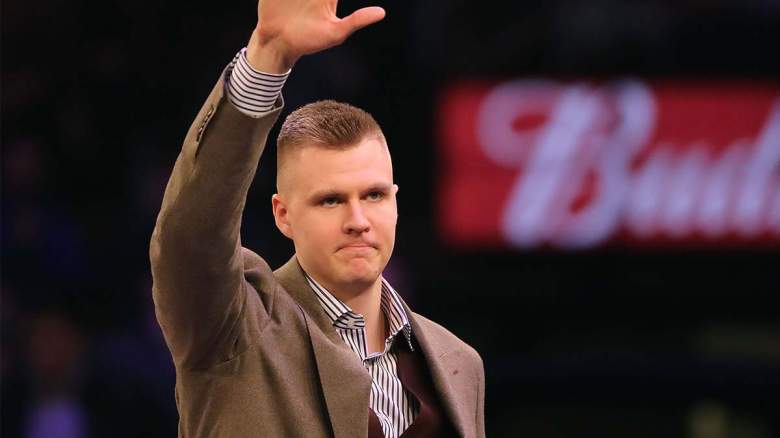 Once the cornerstone of the New York Knicks, Kristaps Porzingis played a big part in the Washington Wizards’ victory over his former team. After the game, Porzingis spoke about how his tenure with the team ended and he regretted how things turned out.

“You know, the way the trade came about,” he said. “Like I did some stupid things like some cryptic tweets. What was I even doing? The whole process was just a mess, you know? I didn’t like how things ended. That’s not how I wanted it to end, if it was going to end, you know?”

This isn’t the first time Porzingis has opened up about his messy departure with the Knicks either.

“Now that I’m older and wiser and I understand what happened then, it certainly could have been done differently,” he said in October. “The ACL [tear], it did not help – all this situation. In the end, it might have happened sooner or later anyway. It’s difficult to say. What I can say with certainty is that things could have been done differently.”

He finished with 22 points and 11 rebounds against the Knicks, and New York fell back to the 7th seed. That means they would have to participate in the play-in tournament if the season ends today, so they want to avoid that point if possible.

Porzingis was on his way to becoming one of the league’s best players before missing a full year with a cruciate ligament rupture. While recovering from the injury, he has braced himself for a strong second or third option with teams.

We’ve seen him play that role with the Dallas Mavericks and now the Washington Wizards. He probably won’t be the superstar that Knicks fans wanted him to be, but at this point he was more than satisfied with his NBA career.

For the season, Porzingis is averaging 22.2 points per game for the Wizards, so he was exactly what they were asking for.

As for the Knicks, they’ve had some rocky years, but the addition of Jalen Brunson has helped them put the ship in order and get into the playoff talks. Julius Randle looks like he’s regained his All-Star form, and there’s a feeling that if the team can add just one more piece or two to their puzzle, they could have a deep playoff run.

The Knicks have been able to go about their business so far and are sitting at 25-21 this year. However, things get harder for them as the difficulty of their opponents increases.

They have games against the Hawks, Raptors, Cavaliers, Celtics and Nets so it will be interesting to see where they are after those competitions. The Hawks and Raptors have become minor rivals for the Knicks, while the Celtics and the Nets are two of the best teams in the league. Brooklyn will be without Kevin Durant, so at least the Knicks have that going for them.

So far, the Knicks have certainly exceeded their preseason expectations, but there’s still a lot of season to go and securing a playoff berth is far from a guarantee.