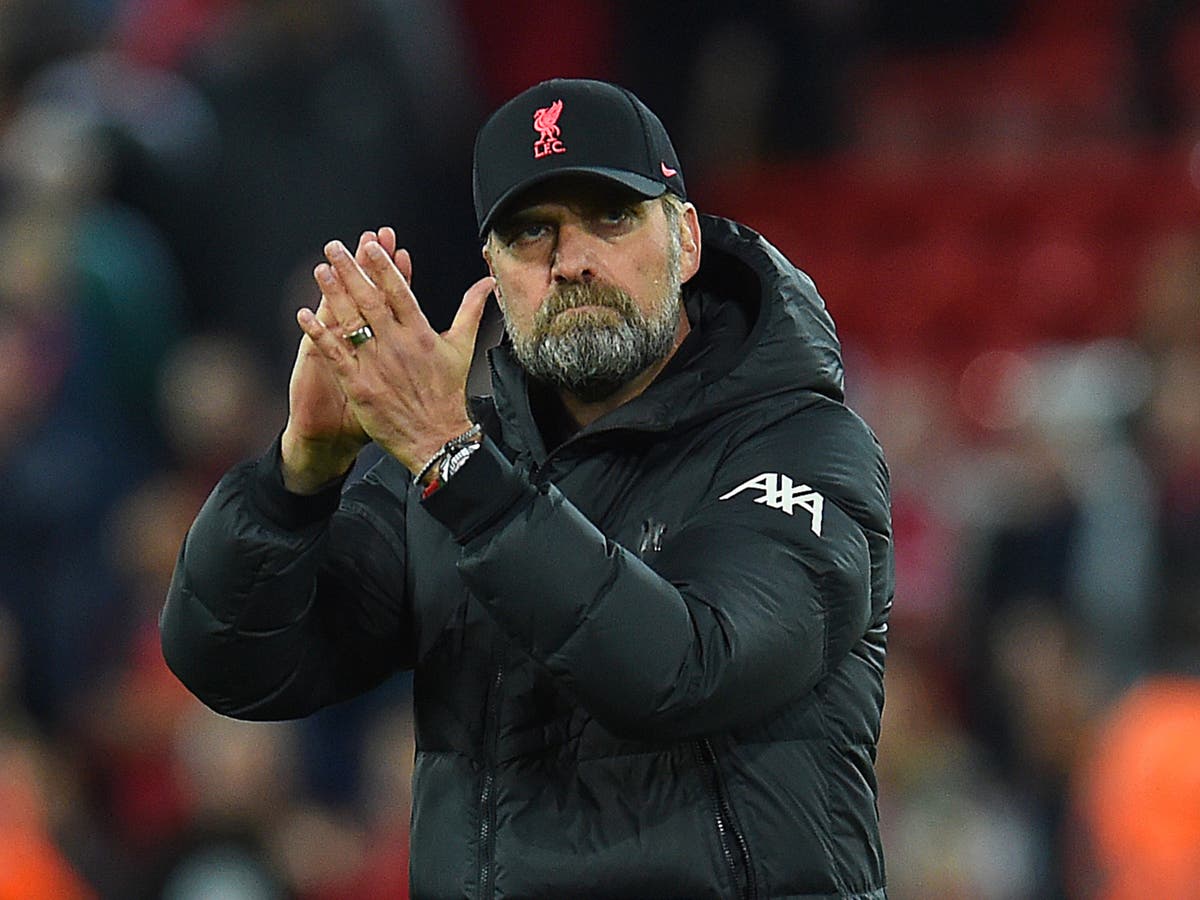 Jurgen Klopp shrugged off Pep Guardiola’s comment that “everyone in the country supports Liverpool” and wants them to succeed, saying half of Merseyside hope they won’t win the league.

The Liverpool manager insisted he had no problem with his Manchester City counterpart’s claim, which he attributed to emotions at being interviewed after the game, as well as disappointment at being eliminated in the Champions League semi-finals by Real Madrid .

Klopp argued that amid the frustration of only having drawn with Tottenham, he was wrong to criticize Antonio Conte’s defensive approach on Saturday as he now praised the Spurs manager.

Guardiola pointed out that despite their European pedigree, Liverpool have only won one Premier League title in three decades, which Klopp saw as right but disputed his view that everyone is passionate about their team.

“I live in Liverpool so, yes, a lot of people here want us to win the league – that’s true – but even here alone it’s probably only 50 per cent because the other people were involved in another fight, at least until yesterday” , he said, citing Everton’s fight for relegation.

“As a manager and I recently had this experience, after a game we are of course massively influenced by the game, by the situation. I said – and would I say it again? No – but I said after the game: ‘You [Tottenham] play as they play and still only finish fifth.’

“In that moment it felt good, but it was wrong. But it was just my feeling at that moment and I couldn’t respect Antonio anymore and what he does and how he organizes teams.

“I don’t know exactly what situation Pep was in after being knocked out of the Champions League, which is obviously hard enough as it is, but then obviously Liverpool made it to the final and then you have these things like ‘they just did played Villarreal, we played against Real and then you say what you say. And he’s right, too.

“I was right about Tottenham and he was right that we won the only Premier League once. I have no idea if the whole country supports us, I don’t know. It’s not the feeling I get when we go to other places and play there, it’s actually the opposite, but maybe he knows more about it than I do.”

Liverpool are now three points behind City after Guardiola’s side beat Newcastle 5-0 on Sunday. Klopp’s side meet Aston Villa on Tuesday and the German believes former Liverpool captain Steven Gerrard could replace him as manager at Anfield.

“My possible successor, yes, of course it’s possible,” he added. “It’s not my decision, it’s about other parties and Stevie too, but I think it’s possible.”

Roberto Firmino could struggle to return after suffering a foot injury, with Klopp set to make a late decision on whether the striker will be involved.