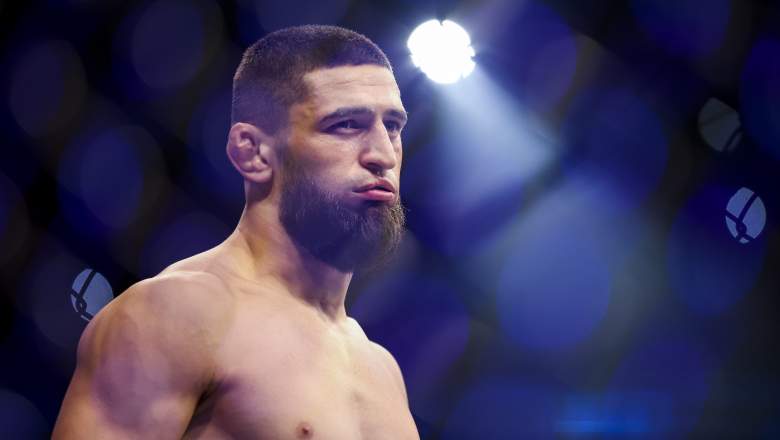 According to new division king Alex Pereira, Khamzat Chimaev turned down an opportunity to fight the 185-pound champion at UFC 283 on Jan. 21 in Brazil.

After Pereira won the title by defeating Israel Adesanya via TKO in the fifth round at UFC 281 earlier this month, Chimaev quickly called out the Brazilian. Namely “Borz” tweeted: “Ready to fight in Brazil @AlexPereiraUFC let’s be champion” meaning he would sign up to fight Pereira for the middleweight belt during the upcoming pay-per-view event

However, when Poatan spoke to Ariel Helwani on MMA Fighting’s “The MMA Hour,” Pereira explained that Chimaev was offered the fight in Rio de Janeiro and subsequently turned it down. Poatan also said the fight would have been at light heavyweight, a division heavier than the weight class he dominates.

“He’s a big guy [I’m] a big guy, let’s do it at light heavyweight so we don’t have to worry about losing weight. We offered 205 for Rio.”

MMA Fighting reported that they also spoke to a source “close” to Chimaev, who said Pereira’s story was “inaccurate.”

Although Borz is currently the No. 3 welterweight division according to the official UFC rankings, he also has experience fighting in the Octagon as a middleweight. The Russian-born fighter has stated on multiple occasions that he is determined to become champion in both the 185- and 170-pound divisions.

He last competed at UFC 279 in September when he fought and defeated Kevin Holland in a 180-pound catchweight affair. Chimaev was originally scheduled to fight Nate Diaz at welterweight, but Borz missed the weight by seven and a half pounds.

During the interview, Pereira said that Chimaev only calls him when he knows that Poatan will not accept the fight because he either has another fight in mind or is recovering from a hard-fought war.

“Anyone who saw my fight saw that it was a tough fight, they know he was injured and had to recover, so it’s impossible,” Pereira said. “He only pursues the impossible.

“When I fought Strickland, it was a foregone conclusion that I would fight for the title next, so Chimaev wanted to get back on the hype train, ‘I’m going to fight you,’ and again he knew he would not going was going to happen because he was booked for a title fight, so he chose to do it to promote himself.

Poatan became the promotion’s newest champion in only his fourth Octagon appearance. The former two-division Glory Kickboxing Champion now has three wins over Adesanya, the man who ruled middleweight for years.

In addition to her mixed martial arts match, Pereira defeated Adesanya twice in kickboxing – before either of them had fought in the UFC.