Kevin Harvick will meet again with an important partner in 2022 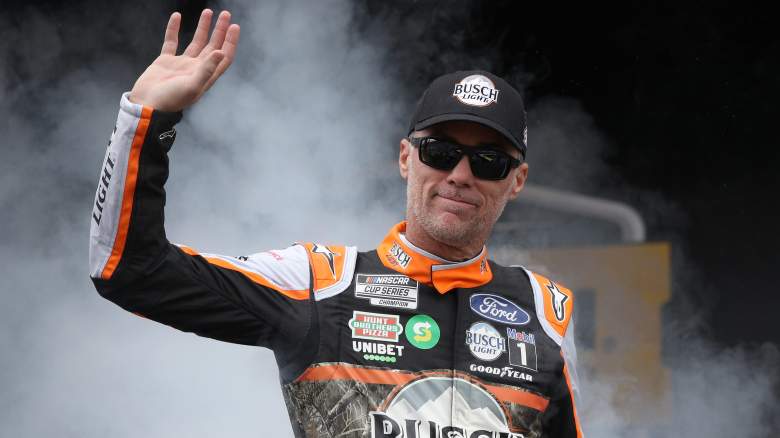 The Stewart-Haas Racing Ford Mustang No. 4 driver will reunite with a partner he took to Victory Lane at the start of the season. Kevin Harvick will present Rheem as the main partner for three races during the NASCAR Cup Series season.

Stewart-Haas Racing issued a press release on Tuesday, January 11th, announcing that Rheem will be reuniting with Harvick. The brand will take over the No. 4 Ford Mustang for three races during the 2022 Cup Series season. Rheem will debut at No. 4 at Las Vegas Motor Speedway on March 6, then return for races at Darlington Raceway (May 8) and Kansas Speedway (September 11).

“It’s been 15 years since we first worked with Rheem and it’s great to be with them again,” said Harvick in a statement from the team. “The NASCAR fan is their customer and we have worked really hard to understand this relationship to ensure Rheem gets a good return on its investment. This year kind of reminds me of how it all started when Rheem was the main sponsor of one of my racing cars. I am proud to be wearing their colors again in 2022. “

Harvick’s previous partnership with Rheem included multiple races in the Xfinity Series and Cup Series. The company was a primary partner in Kevin Harvick Industries’ Xfinity Series team, which included races in Richmond and Charlotte in 2008 and a win at Las Vegas Motor Speedway in 2010.

Rheem made the leap back into the Cup Series as main partner in 2011 and stayed with him until 2013, his last season with Richard Childress Racing. The two split in 2014 when Harvick joined Stewart-Haas Racing, but now they will reunite for three more races in 2022.

“Kevin Harvick helped found Rheem Racing, and through KHI, Kevin played an outstanding role in helping Rheem recognize the value of the sport and gradually advance into the NASCAR Cup Series,” said Ed Raniszeski, Executive Director of Rheem Motorsports. “Kevin’s long experience with Rheem and his great relationship with Rheem customers make this a very welcome homecoming. NASCAR has become an increasingly valuable platform for Rheem and we hope that this reunion serves to thank the racing fans for the support of Rheem and all sponsors who showcase their brands and believe in the strength and future of NASCAR. “

Rheem Racing continues to celebrate its 15th anniversary at NASCAR with big announcements. The company’s partnership with Harvick and SHR is just the latest example. Rheem also announced on January 6 that it had renewed its contracts with Joe Gibbs Racing, Christopher Bell and Kyle Busch.

According to the announcement, Bell’s # 20 JGR Toyota Camry TRD will feature a commemorative logo celebrating Rheem’s 15th year in NASCAR. He has made 101 starts with the company as his main partner, split over several series, and has reached Victory Lane in the Daytona Road Course Cup Series race with Rheem on his stock car.

JGR and Rheem did not reveal when the brand will debut at the # 20 or how many races will feature the red and black color scheme. Bell had Rheem as a primary partner for 13 of the Cup Series races, with examples of trips to Michigan, Talladega, Texas Motor Speedway, and New Hampshire Motor Speedway.