Kevin Harvick was hoping for an aggressive pursuit from Kyle Busch 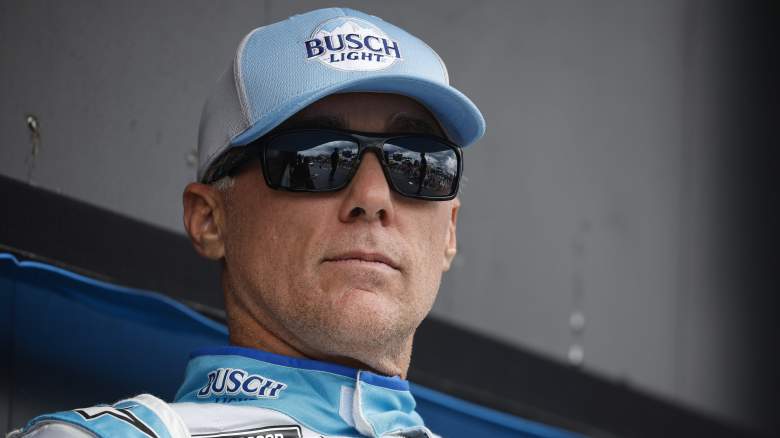 Kyle Busch’s sweepstakes ended on September 13 when he announced a multi-year deal with Richard Childress Racing. Days later, Kevin Harvick offered some strong opinions on how Stewart-Haas Racing missed out.

“If it had been my move I would have been a lot more aggressive to be sure [Busch] was on our team,” said Harvick during his media presence at Bristol Motor Speedway.

He went on to say that he’s not the one making the decisions at SHR, so it’s not his decision. Harvick also acknowledged that Busch and Richard Childress’ partnership was appropriate given their competitiveness.

“Richard loves to win,” added Harvick. “Even if Kyle comes second he’s pissed and that’s very Richard Childress. Richard is better off covering it up and talking about it. Richard Childress is a hardcore racer. He has no intention of doing anything other than winning. I think the move he just made shows you that.”

The media availability at Bristol Motor Speedway isn’t the first time Harvick has spoken out about Busch and his racing skills. He actually openly showed his support for SHR who may be pursuing the two-time Cup Series Champion.

“I would hire Kyle Busch today,” Harvick said on July 30 during the Indianapolis Motor Speedway race weekend. “Because he would have a huge impact on how our team performed and just the urgency to do some things better.

“There’s no way Kyle Busch doesn’t have a lot of options,” Harvick continued. “Well, you know, I know there’s a lot of things going on around Kyle. But at the end of the day, Kyle is still one of the best to ever come through this garage. So there are a lot of teams out there that can say they’ve probably never had any of these types of drivers. You can literally rebuild an entire organization if someone who hasn’t had one of these types of drivers before takes the risk. In the right circumstances, you can rebuild an entire organization with sheer talent.”

As Harvick made these comments, there were several questions about the SHR lineup. Aric Almirola was still scheduled to retire at the end of the 2022 Cup Series season. Though he and Smithfield Foods ultimately stunned the industry by announcing their return to a multi-year deal.

Cole Custer’s future remained uncertain at this point. He and the No. 41 team have struggled all season, so rumors swirled about whether he would return or move to an SHR-affiliated organization. However, SHR ultimately confirmed that the plan was to bring Custer back for the 2023 season.

One of the potential hurdles Harvick acknowledged at Bristol was Busch’s Truck Series team. Kyle Busch Motorsports was an important part of Toyota Racing and provided opportunities for drivers to climb the ranks. Now this team will move to the Chevrolet camp.

However, if Harvick had gone to SHR, there would have been an interesting change in the Truck Series. The overwhelming majority of teams drive for either Chevrolet or Toyota. Only two have dealings with Ford Performance.

Regular Season Champion Zane Smith drives the #38 Ford F-150 for Front Row Motorsports and has driven across the Blue Oval to Victory Lane three times in 2022. Hailie Deegan and Tanner Gray both drive full-time Ford F-150s for David Gilliland Racing, while Taylor Gray and Ryan Preece share the third entry with a few other guest drivers.

Having a third Ford team in the Truck Series would have shaken up the complexion, especially considering KBM’s track record. Instead, this partnership will not take place. The organization will move to Chevrolet, adding even more bowties to the field.