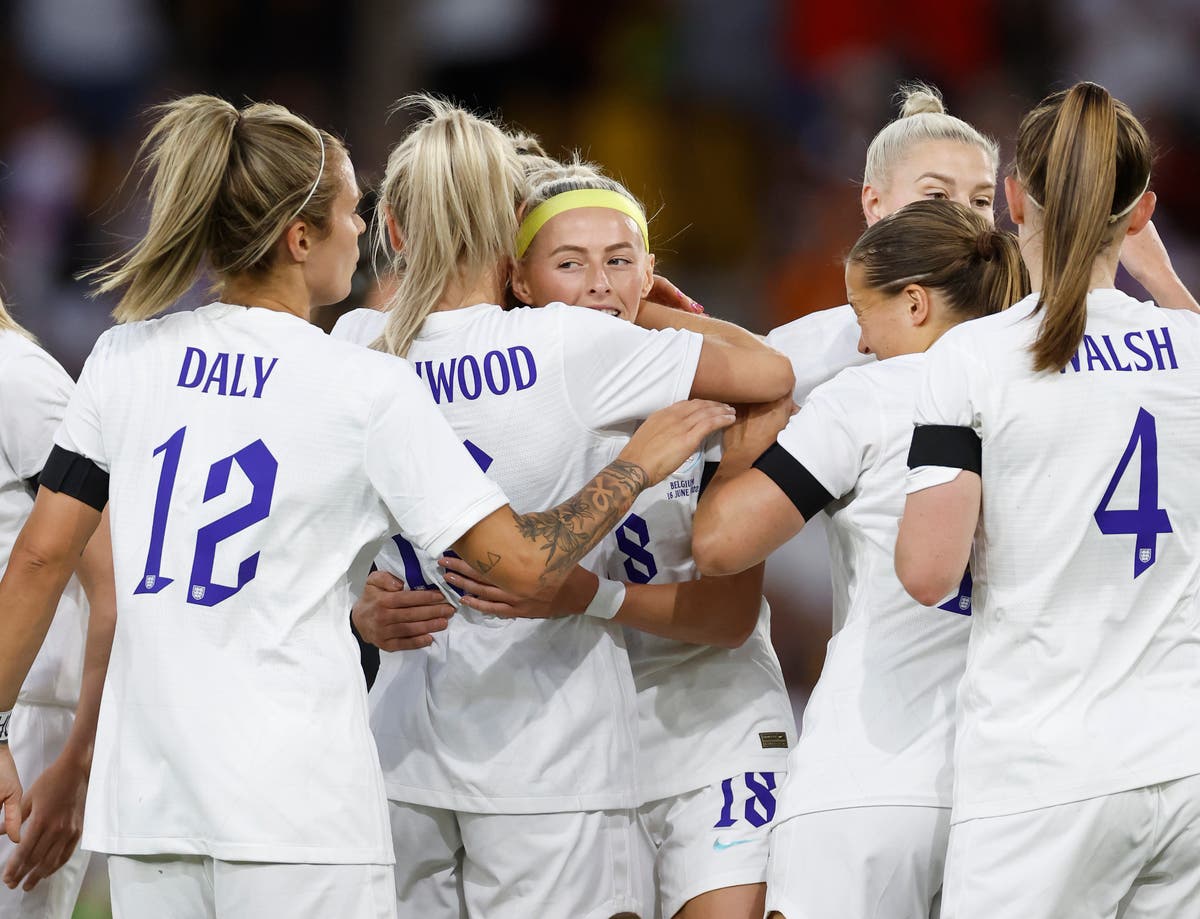 Chloe Kelly marked her comeback in England with her first international goal as the Lionesses beat Belgium 3-0 at Molineux in their first warm-up game ahead of next month’s European Championship at home.

Winger Kelly, who came on as a substitute at half-time since returning from a cruciate ligament injury in April, put Sarina Wiegman’s side ahead in the 62nd minute with a deflected shot.

Substitute Rachel Daly added a goal four minutes later to double the lead and the third followed seven minutes from time when skipper Leah Williamson hit the crossbar and the ball went past goalkeeper Nicky Evrard.

In the end it was a comfortable win after a first half in which the hosts failed to break through despite a number of chances, including Williamson being thwarted by the goal-line.

England, who play a day after Wiegman named their final 23-man squad for this summer’s tournament, now meet the Netherlands at Elland Road in eight days and then Switzerland in Zurich before traveling to Switzerland on July 6 Old Trafford begins with Austria versus Austria.

Wiegman made two changes to her starting line-up since April’s 5-0 qualifier against Northern Ireland at Windsor Park: Demi Stokes and Lotte Wubben-Moy came on for Ella Toone and Jess Carter.

England, who wore black armbands to commemorate the recent death of Wiegman’s sister, started the competition on a positive note as Lauren Hemp missed a shot from Georgia Stanway and Ellen White deflected a shot from Evrard.

Hemp then brought out a save from Evrard herself after getting past a couple of defenders, White failed with a header – which also caught the keeper’s fist in the process – and Stanway charged forward and fired wide again.

As England continued to create chances, White and Beth Mead missed their attempts after about half an hour.

Shortly after, Belgium’s first real chance was missed by Feli Delacauw, who then made a challenge on Mead at the other end, resulting in the English fans demanding a penalty but nothing was given.

England then went close in the 38th minute when Williamson produced a clean dink over Evrard only to see the ball headed off the line by Sari Kees.

A treble England substitution at the break included the fit Kelly, who replaced Mead to clinch her first cap under Wiegman, having last played for her country in April 2021 just before picking up an injury and Daly arriving.

Keira Walsh sent a solid shot at Evrard and Stanway hit wide again before Wiegman made further adjustments and brought Fran Kirby and Bethany to England.

Kelly then had a moment to savor as she put England ahead, receiving the ball from Lucy Bronze down the right, cutting inside and hitting a shot that went on target through a deflection from Amber Tysiak.

Moments later it was 2-0 when Williamson’s shot ricocheted off a Belgium jersey and the ball fell to Daly, who fired in.

England were unsuccessful with two header attempts and Williamson fired alongside Belgium’s Elena Dhont before Wiegman’s side then ended the game.

Another substitute, Nikita Parris, saw her header blocked on the line, Williamson hit the loose ball against the bar and it went from Evrard to an unfortunate own goal.