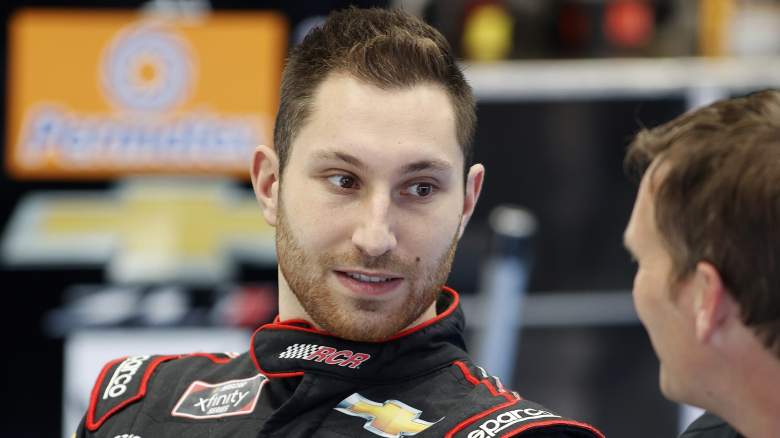 Kaz Grala is in the NASCAR Xfinity Series for the second time in 2021 and will be in the Halloween mood. He’ll team up with Jordan Anderson Racing and drive the # 31 Chevrolet Camaro, which features a creepy Bommarito auto scheme.

The first year NASCAR team issued a press release on Wednesday October 13th confirming that Grala will climb to the No. 31 at Texas Motor Speedway. Anderson also tweeted a photo of the purple and white stock car, which features skeletons, pumpkins on the sides and rear. The EasyCare Vehicle Service Contracts logo covers the hood.

“After doing a great NextGen test of the Cup Series at the Charlotte Motor Speedway Roval this week, I’m excited to get behind the wheel of the JAR Chevrolet # 31 in the Xfinity Series again this weekend in Texas,” said Grala in the press release.

“Jordan has put together a great group of guys and drivers with his first year team and I’m proud to have the opportunity to be a part of it. You gave me a great car last time at Road America and I am confident that we can get a great result at TMS. The Bommarito Automotive Group’s Halloween livery for October is something I hope all of our fans will be delighted with. “

The part-time driver showed his enthusiasm for returning to Jordan Anderson Racing but also said he hasn’t raced a 1.5-mile circuit in nearly three years. Grala said he’ll “knock the rust off” when he gets into the # 31 Chevrolet.

Grala only made one start of the Xfinity Series in the 2021 season. He joined Jordan Anderson Racing on July 3 for a trip to Road America. He started seventh after a strong qualifying run, but finished 18th overall.

The 22-year-old native of Boston has made 33 starts in the Xfinity Series and achieved four top 5 finishes and nine top 10 finishes. He made 22 starts for JGL Racing, 10 for Richard Childress Racing and one for JAR. His best performances were two runs in fourth place – one at Road America in 2020 and one at Daytona International Speedway in 2018.

The return to the Xfinity series follows Grala partnering with another team on a special trip to Charlotte Roval. He came to StarCom Racing and drove the No. 00 Chevrolet Camaro during a two-day next-gen test and kept up with some of the bigger teams in the Cup series.

Motorsport’s Jim Utter posted a photo the lap times from the second day of training. He finished 17th with a best time for Charlotte Roval of 1: 23.292. However, said Grala on Twitter that he actually had the 13th best time when you “turn off people who blow harassment”. He added that the StarCom car was at the right pace on both days of testing.

There is no guarantee that the test sessions at the Charlotte Roval will result in Grala starting in the Cup series for StarCom Racing in 2022. He has already made four starts at the highest level – one with Richard Childress Racing in 2019 and three with Kaulig Races in 2021. For the time being, Grala will focus on performing well at Texas Motor Speedway.