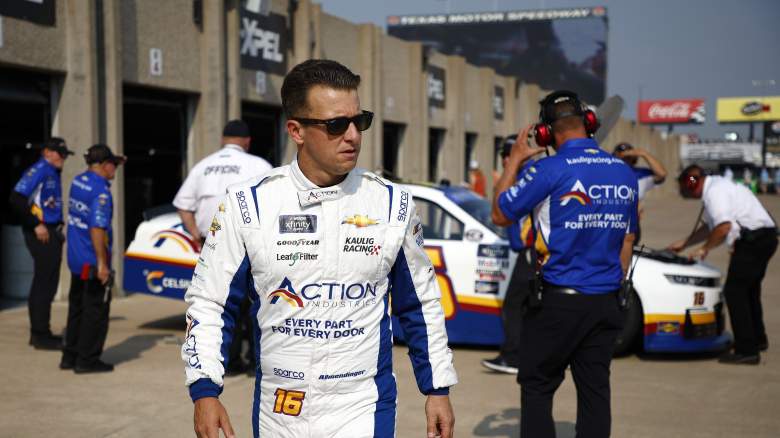 The NASCAR Xfinity Series playoffs begin at Texas Motor Speedway, giving Kaulig Racing a chance to recover from some regular-season struggles. The team has yet to agree on the exact formula for the race win, but Kaulig “tightened the box” at a crucial time.

AJ Allmendinger provided the media with the update prior to the trip to Texas. He explained that there are several areas where Kaulig Racing struggled during the regular season. Aerodynamics, speed, balance and rear grip have all presented issues at various times, forcing the team to try numerous setups.

“We’ve tried so many things. And that’s the great thing about being stuck in the playoffs for so long,” Allmendinger explained. “In the last few weeks we have tried many different things.

“At the very least, I’d say we’ve narrowed down the box of things that we know we need to try, don’t try. Do we already have the exact formula? Probably not. But at least we pulled that box tight to know, ‘Okay, here’s how we’re going to do it.’”

Meeting the setup will be important, especially when a high-speed track at Texas Motor Speedway is on the agenda. Allmendinger knows that he and his teammates will step on the gas more than on some other circuits. So if they’re too loose or too tight, they could completely kill any chance of chasing victory.

The previous trip to Texas Motor Speedway was statistically solid for Kaulig Racing. Allmendinger was ninth, Landon Cassill was 10th and Daniel Hemric was 11th. On paper it was a solid day but it wasn’t a race that any members of Kaulig Racing enjoyed due to some issues with their setup.

“To be honest, the race was tough,” added Allmendinger. “We fought a lot there. I just went back and watched the race. I was like, ‘Oh, that was a fight. I would kind of get that out of my head.

“So Texas is a track where we had a little bit of success. We definitely weren’t a car that could go out and win the race, at least the last few years there. I know 2020, I think Ross [Chastain] Was there really quickly, but the weather was completely different. It was really cold there. It’s going to be super hot. So no, it’s … we’re going back with the best kind of mile-and-a-half package we’ve come across and we’ll see where that takes us.”

The 2022 playoffs will start at Texas Motor Speedway, but that wasn’t the case in 2021. The Xfinity Series drivers actually began their championship trophy battle at Las Vegas Motor Speedway before heading to Talladega Superspeedway and the Charlotte Roval.

Two of the Kaulig Racing drivers survived this opening lap. Allmendinger used both his bonus points and his win at the Charlotte Roval to advance, while Justin Haley used points to advance to the last eight. Teammate Jeb Burton’s playoff journey ended in the opening round.

The round of 16 started at Texas Motor Speedway, and both Allmendinger and Haley used the race to earn points. Both finished in the top 10 in stages 1 and 2 before finishing sixth and seventh.

Allmendinger eventually reached the fourth championship while Haley’s playoff journey ended in Martinsville due to a brake problem. Now The Dinger will look to return to Championship Four while Hemric joins him in that quest. You just have to keep struggling to hit the perfect setup.