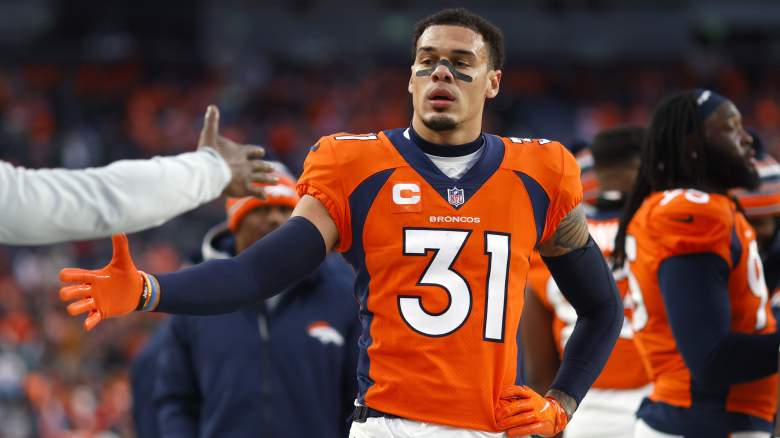 The AP All-Pro teams were officially released on Friday, Jan. 14, and Denver Broncos safety Justin Simmons was named an A second-team All-Pro.

This is the second time Simmons is a second-team All-Pro selection; He was already selected in 2019.

Simmons is now one of only five Broncos with at least two All-Pro selections in the past decade (Peyton Manning, Von Miller, Demaryius Thomas and Chris Harris Jr.).

Kevin Byard of the Tennessee Titans and Jordan Poyer of the Buffalo Bills were the first-team All-Pro safeties. Byard led by 41 votes while Poyer received 12 votes.

Simmons, Arizona Cardinals’ Budda Baker and Buffalo Bills’ Micah Hyde all received ten votes each. As a result, all three safeties made the second team.

Only one other Bronco received an All-Pro vote; Punter Sam Martin received a single vote.

While being selected to the second team is an honor, Simmons had strong arguments to make the first team.

Simmons had five interceptions this season, which were shared for the league lead among the safeties.

Simmons also gave a lower passer rating in cover than Byard, and he had fewer penalties than Byard.

Inexplicably, Simmons was dropped from the Pro Bowl that season. Byard, Derwin James and Tyrann Mathieu were the safeties selected for the Pro Bowl. James received five All-Pro votes and Mathieu received one All-Pro vote.

Oddly enough, Simmons has only reached the Pro Bowl once, and that was in 2020, and Simmons wasn’t an All-Pro that season.

The organization will face many difficult issues this season as they search for a new head coach and possibly a new starting quarterback. Fortunately, they already have an elite defensive playmaker in Simmons.