Justin Fields’ ex-teammate has a warning for Bears fans 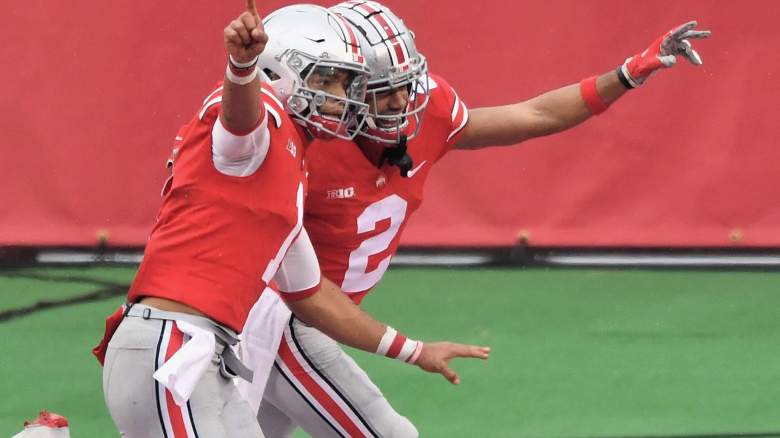 Chris Olave has the utmost faith in Chicago Bears quarterback Justin Fields, and he had an insightful message for fans of the team who may be questioning the signal-caller’s ability to become a solid QB in the NFL as a sophomore.

Picked No. 11 overall for the New Orleans Saints in the 2022 NFL Draft this year, Olave spent his 2019-2020 season at Ohio State catching passes from Fields, so he has a better idea than most about the youngsters QB drives.

“He’s going to find a way to win games and do what he does,” Olave Mark Carman said of Fields on the May 7 episode of the Da Windy City podcast. “He’s fast, a great leader, everything you want in a quarterback. He has everything.”

Olave also had a warning for Bears fans about doubting his former QB.

Fields, who had a rookie campaign with the Bears last year, started 10 games, completed 58.9% of his passes for 1,870 yards, seven touchdowns and 10 interceptions, also added 420 yards and two TDs on the ground.

Olave caught 98 passes for 1,569 yards and 19 touchdowns in 20 games with Fields at Ohio State, and he says those who doubt what Fields can bring to the table should be quick to throw the lack of confidence out the window.

“That’s not a question man, get that out of your head. He’ll be good,” Olave said when asked if Bears fans should have concerns about the sophomore quarterback. “He’s one of the hardest workers. He will find a way.”

Unlike last year, Fields has already been named a starter, so he’ll get every first-team snap.

“It feels good to just have that mindset,” Fields said April 19 at the team’s volunteer veterans mini-camp. “It’s definitely a different mindset than last year, so I’m ready for the role and I’m ready to lead this offense and this team.”

“He has really good confidence in the room,” Eberflus said of Fields at minicamp in April. “When I’m in the quarterback room, when I’m in the offensive room, [he’s] Calling the pieces, execution and then what the adjustments are if we can have that for that particular piece.

If Fields can cut his mistakes and keep growing (his 11.8 yards per completion ranked seventh among QBS starters last year and his 420 rushing yards ranked fifth last year), he’ll be turning the doubters into believers very quickly — but it will must go on the field.