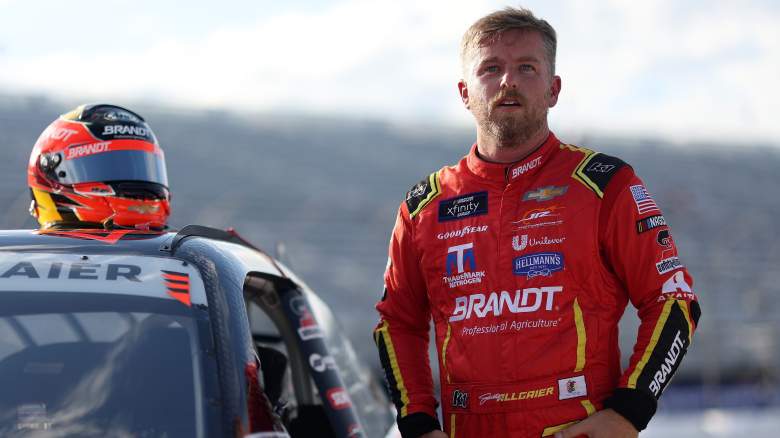 The #7 Chevrolet Camaro will have a new scheme for the July 30th street race at the Indianapolis Motor Speedway. Justin Allgaier will reunite with Precision Build after a previous race together.

JR Motorsports announced the news ahead of the trip to Pocono Raceway. The NASCAR team confirmed Precision Build’s return, noting that the company will share primary sponsorship with BRANDT Professional Agriculture. The schematic will feature the BRANDT red, but there will be multiple black sections as Precision Build joins for road racing.

“It’s great to welcome Precision Build back to our #7 Chevrolet in Indy,” Allgaier said in a press release. “To see them return in this co-branded venture with BRANDT Professional Agriculture is truly special, especially in a place as historic as Indianapolis. Hopefully we can keep the car clean throughout the race and be fighting for victory at the end.”

When Allgaier first worked with Precision Build, he had some success on one of NASCAR’s toughest tracks. He got ready for the race on May 21, 2020 at Darlington Raceway and climbed into a black and gray stock car.

Allgaier started the Xfinity Series race 10th overall after NASCAR settled the grid and he stayed in contention throughout the day. He secured points in Stages 1 and 2 as he battled Kyle Busch, Austin Cindric, Chase Briscoe and Noah Gragson, among others. Allgaier led nine laps before finishing third overall behind Briscoe and Busch.

Allgaier didn’t take Precision Build to victory lane, but he did secure 48 crucial points. That top-five result put him in sixth place overall and kept him on course for the playoffs. Now he will try to maintain a current hot streak while reuniting with Precision Build.

The start of the 2022 season of the Xfinity Series was interesting for Allgaier. He achieved some success early on with two top 10 finishes and two top 5 finishes in the first four races. However, problems then arose at Atlanta Motor Speedway (crash), Circuit of the Americas, Martinsville Speedway and Talladega Superspeedway (mechanical).

There were some concerns about Allgaier’s playoff chances, but he started making some significant moves after the run with two finishes outside the top 30 and two outside the top 20. He finished second at Dover Motor Speedway and then won his first race of the year the following week at Darlington Raceway.

Since this victory in early May, Allgaier has rocketed up the Xfinity series leaderboard. He has only one finish outside the top 10 since early May, a 12th place finish at Road America. He also added two more wins to his season total.

Allgaier now has the second-most wins in the series behind Ty Gibbs (four) and is in contention for the regular-season championship. He is just 16 points behind leader AJ Allmendinger with eight races remaining in the regular season.