Jones praises England’s adaptability after a battle against Australia 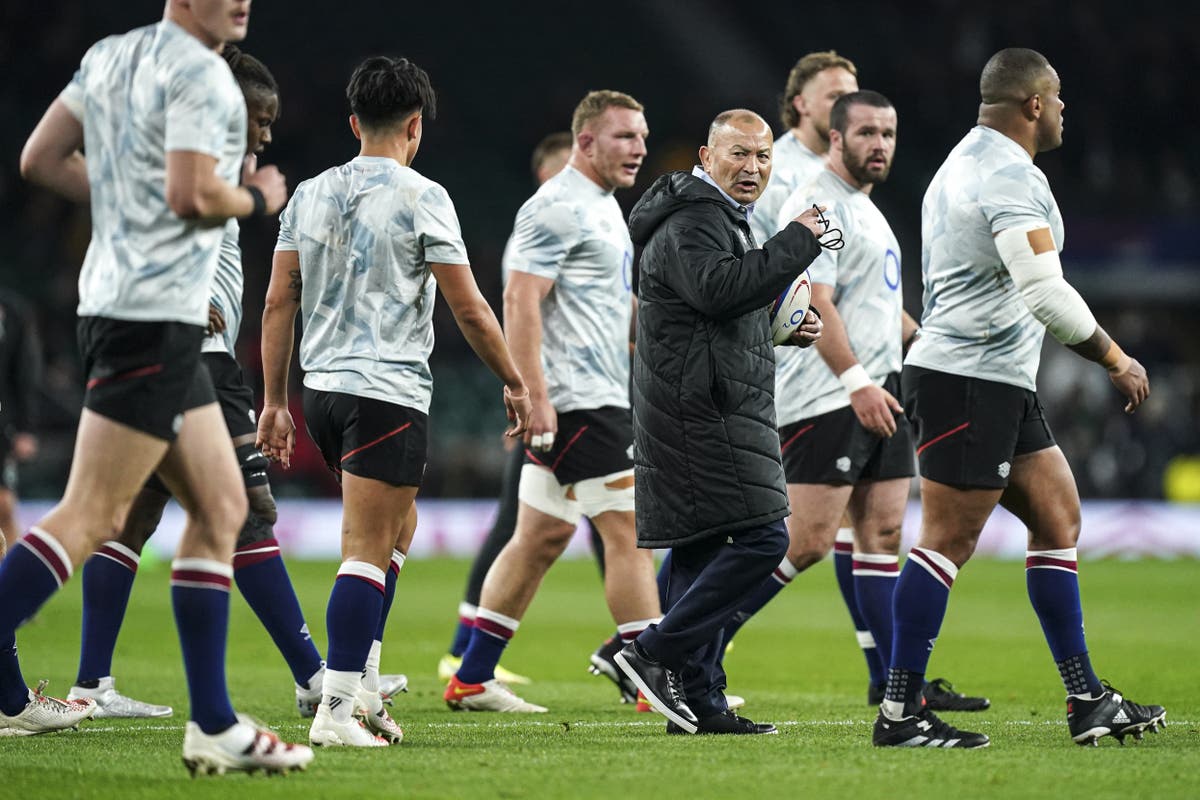 Eddie Jones was delighted that England adjusted after another interrupted week to beat Australia 32-15 to keep the Cook Cup at Twickenham.

Joe Marler tested positive for Covid-19 on Monday, and teammate Ellis Genge joined his teammate to contract the virus three days later, forcing Bevan Rodd to make an unexpected debut despite not joining the roster until Thursday bumped.

There was another front man injury during the bout that knocked Jamie George off the field, but attempts by Freddie Steward and Jamie Blamire ended a highly competitive match with the Wallabies, who suffered an eighth straight defeat to England.

Jones said, “We’ve had a pretty dysfunctional week. We had two covid positives and a young prop on Thursday, we have a training run and are promoted to starters.

“We lost Jamie George at halftime, Kyle Sinckler had a tough dead end at the beginning of the first half, so we had to fight today. We had to fight hard and I was very happy with the attitude of the players.

“We predicted that it would be more of a free-flowing game like Australia likes to play, but it turned out to be a penalty-heavy game, lots of standard fights and kicks. I was happy with the way we adjusted our game and fought through. I was also very pleased with the way our finishers finished the game. “

Blamire was one of the English substitutes to make a name for himself, making his sixth move for his country and continuing his record in all four international matches.

Debutant Rodd also received praise from Jones for a “remarkable performance,” but before kick-off most eyes were on the new 10-12 axle from Marcus Smith and Captain Owen Farrell.

The duo combined impressively to send Leicester’s full-back steward away after seven minutes and while they scored a total of 22 points, Jones knows the pair have a lot more to offer.

He added, “They’re a bit like two opening rackets who haven’t hit each other for the first time and are facing the new ball. Every time they beat up after that, they’ll get better.

“I thought the first try we scored was probably one of the best attempts I’ve seen from an English team. our handling, our running lines, the hitting of the holes, it was absolutely excellent and we want to do more of it.

“We’re aggressive and want to do more, but it just won’t happen all the time. I found that from the two boys really promising. “

England must investigate George following his knee injury but Captain Farrell, who was also removed from the seat, insisted that his resignation was due to a “bang on the ankle” with attention focused on South Africa’s visit to headquarters next week. Jones may also have Marler available as his isolation is set to end Thursday.

For Australia they had to lick their wounds after their second consecutive loss in the Autumn Nations Series after their narrow loss to Scotland earlier this month.

Head coach Dave Rennie admitted, “We just didn’t get going. We got hammered on penalties. I saw that the ownership and territory statistics are in the 1960s (for England).

“We just made too many mistakes and gave away stupid penalties. It is frustrating. We showed a lot of character and it was 16-12 at halftime and we fought hard.

“I felt that if we could string a couple of phases we could have put pressure on them, but we weren’t precise enough tonight.”