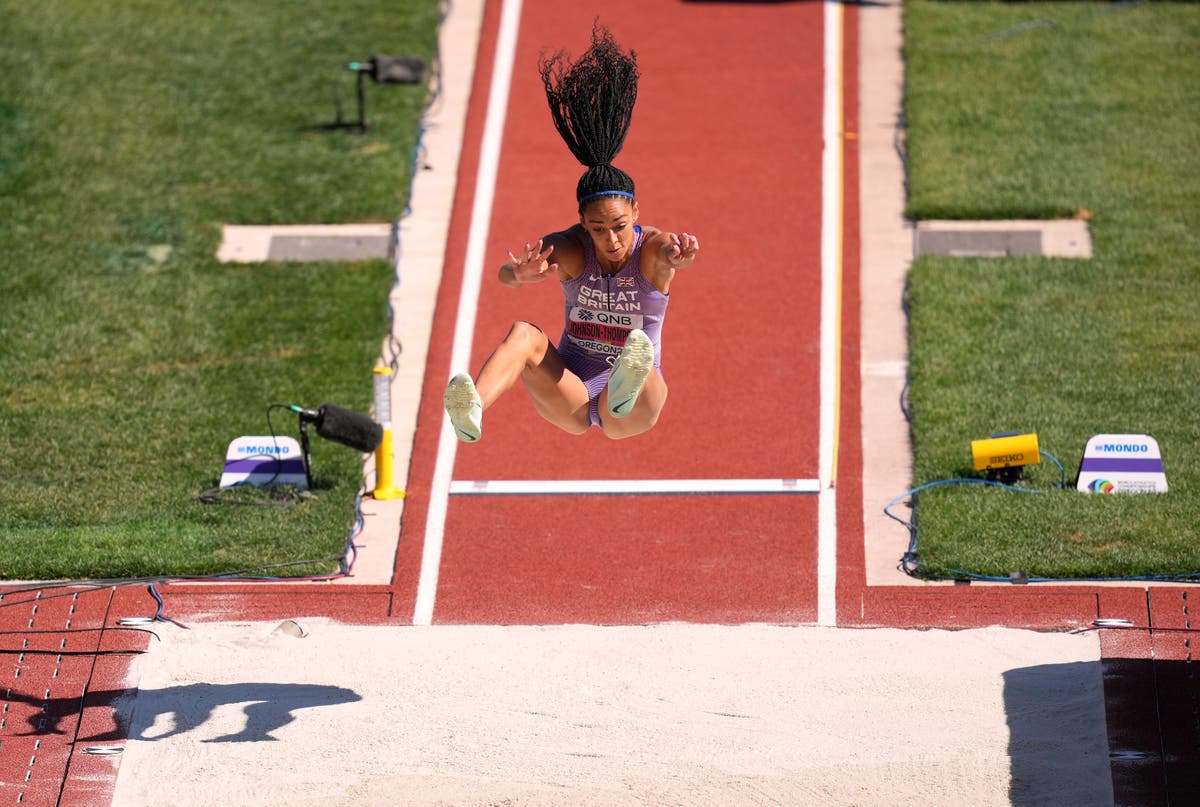 Katarina Johnson-Thompson’s hopes of defending the title are over.

The 29-year-old, who finished sixth overnight, slipped to eighth in the heptathlon long jump and javelin at the World Championships in Eugene on Monday morning.

After 18 months through injury and a late change in coaching, she could no longer keep the title she won with a British record three years ago in Doha.

It was also unrealistic to expect a podium challenge and she has 5,387 points, 354 off the medal spots and 658 behind leader Anouk Vetter with just 800m left as of Monday night.

After day one, Johnson-Thompson said she was in Eugene to fight as she regained her top fitness and confidence, but a poor 6.28m long jump pushed her further down to seventh place after scoring 937 had collected points.

With a personal best of 39.18m in the javelin, the Commonwealth Games champion continued to lose ground.

Previously, Jess Piasecki had finished tenth in the marathon, but Charlotte Purdue and Rose Harvey did not finish.

Piasecki said: “First of all, I’m happy about 12th place in the world rankings. Of course I was higher, but the wheels probably came off a bit in the last 7 km. But I managed it really well and I really liked it.

“I rode with the Americans for most of the race, so they got a lot of cheers. Once they chanted “USA USA”. I wanted them to sing “GB”.

“It is my second championship marathon. I’ve only run five marathons so far, I’ve finished four of them, so I’m still learning. It’s still such a new event for me. My refueling was much better but it probably needs some work because I saw spots in the last 5km.

“I just had to keep moving forward in the last 5km but unfortunately a couple of girls caught me in the final stretch meaning I didn’t finish in the top 10. I couldn’t have given more, what more can I ask for? ”