Joe Rogan goes all out when battling UFC and boxing greats 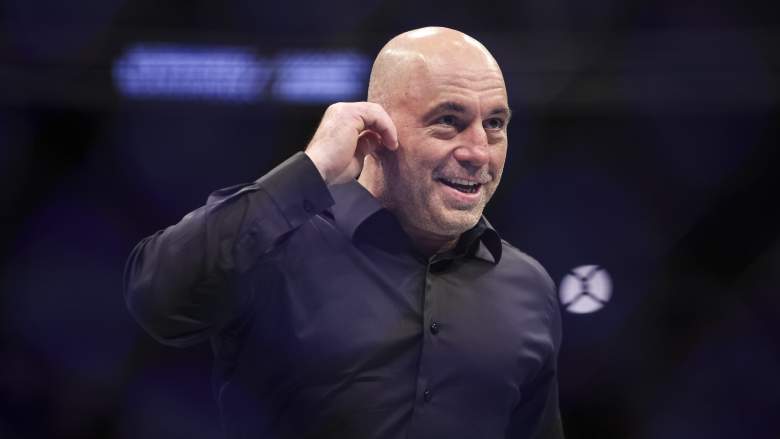 The 170-pound MMA king has made it clear he wants to fight Canelo and has said in multiple interviews that he wants to take on boxing’s best in the ring. Usman is ranked as the #1 pound-for-pound fighter on the UFC roster, according to the promotion’s official rankings. And ESPN has Canelo as the No. 1 pound-for-pound boxer in the world.

And a staunch supporter of this competition is Rogan. Speaking recently on the Hotboxin’ With Mike Tyson podcast, Rogan said he wants to watch Canelo vs. The Nigerian Nightmare, mainly because it would be a massive payday for the latter.

“I would love to see him fight Canelo, I really would,” Rogan said via MMA Fighting. “Not because I think he’s a favorite in a boxing match against one of the greatest boxers of all time, but I want him to get a huge payday. As I would like to see it [Francis] Ngannou fights Tyson Fury. There’s a hell of a lot of money to be made that way, and I don’t think it detracts from his potential as a UFC fighter. I think it would be an invaluable experience for him as a champion if he had that fight and then came back to MMA. I think he would probably be even better as a striker if he comes through relatively unscathed even if he loses.”

Usman boasts a professional MMA record of 20-1, which includes nine wins by KO/TKO. He has beaten some of the welterweight best in the Octagon including Colby Covington, Jorge Masvidal and Gilbert Burns.

If there’s one thing Usman knows, it’s “how to win,” Rogan told Iron Mike. Even though Usman is likely to be punished by Canelo, his masterly bravery shouldn’t be discounted.

“He’ll be in pain,” Rogan said. “It’s not the same sport, but he’s a guy who knows how to win. You have to understand the mindset of this guy, his knees suck… His knees suck but he doesn’t care. He just doesn’t run, but he never runs out of cardio. All he does is just drive. All of the plyometrics and all of the strength and conditioning work he does at the gym he does with bad knees. All the wrestling drills, he do it with fucking knees.

A key player in this whole situation is against the matchup, and that’s UFC President Dana White. Usman is signed off the promotion meaning he needs support from White to box Canelo. However, White recently told Sky Sports that he sees the potential boxing competition as “stupid” and “terrible”.

“He (Usman) is serious, he shouldn’t be serious,” White said. “I don’t like this fight at all. Everything about it is terrible. It’s a stupid fight, it doesn’t make any sense. I don’t know how many people would be interested in seeing that.”

Sadhguru and ISKCON deny Will Smith met her, so what was Star doing in India?

Sadhguru and ISKCON deny Will Smith met her, so what was Star doing in India?