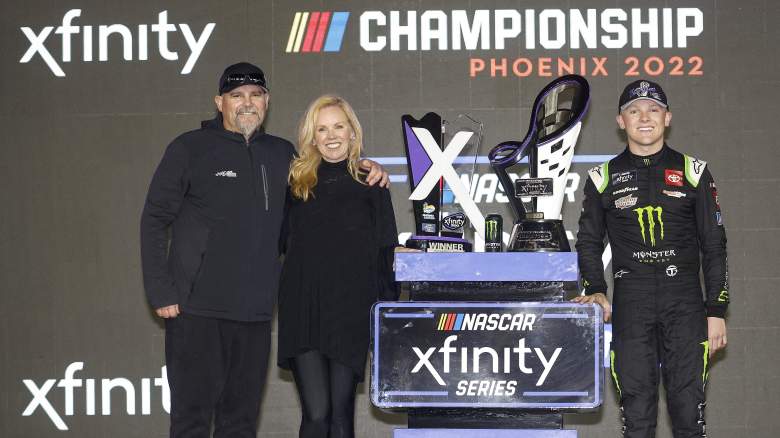 NASCAR mourns the loss of an important member of the community. Coy Gibbs, Vice Chairman and Chief Operating Officer of Joe Gibbs Racing, has died at the age of 49.

Joe Gibbs Racing announced the news during pre-race ceremonies at Phoenix Raceway on November 6th. The organization confirmed Gibbs’ death with a brief statement on Twitter. It did not provide any further details.

“It is with great sadness that Joe Gibbs Racing confirms that Coy Gibbs went to the Lord in his sleep last night,” the team said in a statement. “The family appreciates all thoughts and prayers and asks for privacy at this time.”

Gibbs was one of Coach Joe Gibbs’ two children. His brother, JD Gibbs, died in 2019. The cause of death was complications of a degenerative neurological disease.

Gibbs, who played linebacker at Stanford University from 1991 to 1994, previously spent time in the NFL while working with his father. From 2004 to 2007 he was an assistant offensive quality control coach for the then-Washington Redskins.

Gibbs also spent four seasons competing in two of NASCAR’s national series. In the 2000 season he made his debut in the Camping World Truck Series. He made 12 starts for Joe Gibbs Racing. He then ran full-time in both 2001 and 2002, amassing 21 top 10 finishes and six top 5 finishes.

Gibbs also spent time on the Xfinity series. He made five starts in the 2002 season before taking over full-time in 2003. His last start in a national NASCAR series was at Homestead-Miami Speedway.

After the end of the 2007 season, Gibbs accepted a new challenge. He founded the JGRMX team in 2008 which ran until the end of the 2020 season. In 2016, he was named vice chairman and chief operating officer, where he oversaw NASCAR programs.

The news stunned members of the NASCAR community. Teams, drivers and crew members responded by offering their condolences and saying they were praying for the entire Gibbs family. Everyone on the grid also observed a minute’s silence during the pre-race ceremonies.

“We are heartbroken by the tragic loss of Coy Gibbs,” NASCAR Chairman and CEO Jim France said in a statement. “On behalf of the France family and all of NASCAR, I offer my deepest condolences to Joe, Pat, Heather, the Gibbs family and everyone at Joe Gibbs Racing on the loss of a true friend and racer, Coy.”

Gibbs was there for the finals weekend at Phoenix Raceway. He watched his son Ty Gibbs dominate the Xfinity Series championship race, leading 125 of the 200 laps. They then celebrated career success.

“Words cannot describe this day” Kyle Busch tweeted ahead of the race. “Today should be hard enough, but now it’s even more heartbreaking. Broken heart.”

“Today we will do what we don’t want to do, but we will unite as a family and race for the name on our chests. @JoeGibbsRacing”, added Denny Hamlin.