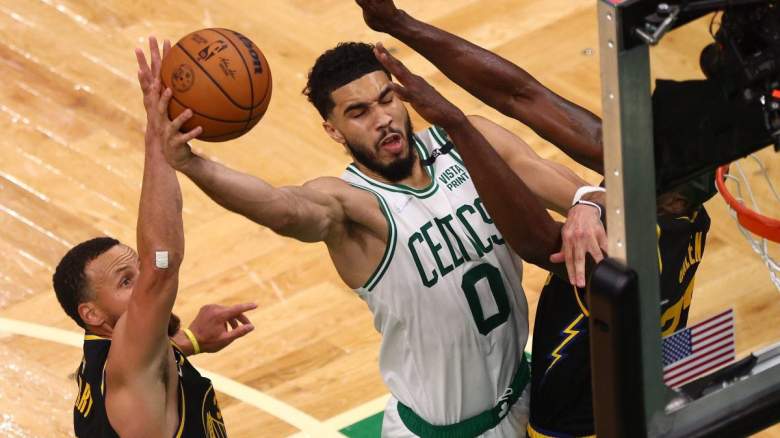 Jayson Tatum’s 2022 NBA Finals numbers are far from bad, but they’re not very encouraging for the Boston Celtics. Averaging 22.3 points per game against the Golden State Warriors on the league’s biggest stage, but shooting 34.1 percent from the field in those four games is a concern. Among those stunned by Tatum’s performance four games from the finals is JJ Redick.

On the former NBA player’s show, titled “The Old Man and the Three,” Redick expressed his confusion over Tatum’s performance, particularly his struggles in the second half, or more specifically, the fourth quarter.

“I’m as confused as anyone about his struggles in the second half… In the fourth quarter in particular, he was just bad. I don’t know how else to put it. It’s really interesting to see him fight like that.”

Redick then compared Tatum to players like LeBron James and Luka Doncic, both playmakers with size, to contrast how these two are taking on a game from Tatum, who isn’t quite as good at making decisions as these two.

“The difference between a LeBron or even a Luka at that size is that they control the halfcourt setting. They manipulate every possession. By and large, they always make the right game. I’ve talked a lot about Jayson Tatum’s decision-making, and when that decision-making goes bad, it’s often rushed. I have the feeling that sometimes it speeds up and drives aimlessly into no man’s land. That’s really tough.”

While discussing Tatum’s sometimes fuzzy decision-making, Redick also pointed out that Brown makes similar mistakes when he drives to the basket without a plan, and both of those mistakes resulted in a worryingly high number of turnovers.

“Jaylen Brown is also guilty at times when he jumps off one foot in traffic and then tries to make a play. Overall, it’s these two guys who get the majority of the turnover on busy nights because they’re busy players.”

On ESPN’s NBA Today, Perkins, disguised as a doctor, attributed Tatum’s problems to nerves. In fact, being on the biggest stage in the league was troubling him.

“He is afraid. He’s a little scared and he’s been diagnosed with it. I don’t just watch him on the floor. I watch his post-game interviews, and now I watch it, and all he keeps saying is that he doesn’t try to take it for granted that he’s in the final. Guess what? You are in four games. At this point, look, it’s purely basketball and who wants it most? I don’t want to hear about someone making the right passes. I don’t want to hear that you have to have (or play) assists to make others better. Find a way to get it done.”

Perkins later said Tatum needed to adopt the same mentality as his role model Kobe Bryant in order for him to get his groove back.

“He keeps preaching ‘Kobe Bryant,’ right? He keeps remembering Kobe Bryant. Kobe Bryant had a mentality. I played against him a few times in the final. He’s going to do it himself and that’s the mentality Jayson Tatum needs to have.”