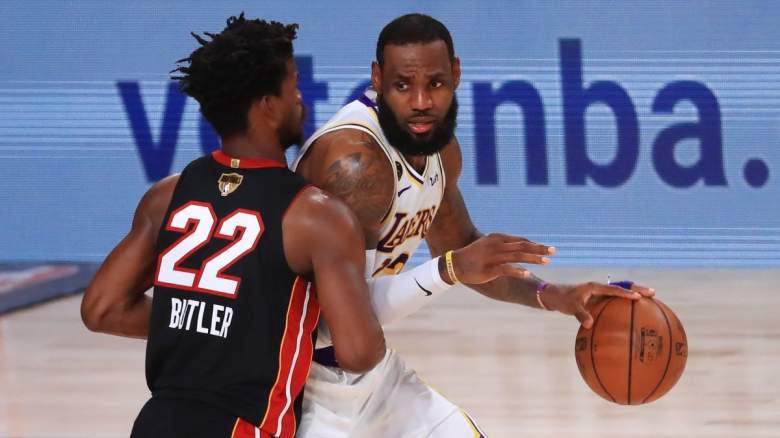 With the Miami Heat with their backs to the wall in the 2022 Eastern Conference Finals, many wondered who would step up for the Heat to tie their streak in three games apiece against the Boston Celtics. Jimmy Butler took the call.

Butler put on what was arguably the best playoff performance of his career on May 27, 2022. In 46 minutes, Butler had 47 points, 9 rebounds, 8 assists and 4 steals. Butler’s performance paved the way to keep Miami’s season alive as they won 111-103 to force a Game 7 in Miami.

Because Butler dominated the Celtics as much as he did and Miami trailed 3-2 to Boston in Game 6, many compared Butler’s performance to LeBron James’ Game 6 of the 2012 Eastern Conference Finals between the Celtics and the Heat because of LeBron’s performance at the time and the circumstances that led to it.

On June 10, 2012, James then led the Heat to a Game 7 win over the Celtics 101-88 to book a trip to the NBA Finals. For the Celtics to avoid the same fate on May 29, they must do their best to stop Butler from putting in another such performance in their upcoming Game 7 vs. the Heat.

Butler’s performance in Game 6 of the Conference Finals is among the highest in terms of scoring the Miami Heat has seen as a franchise since they joined the league as an expansion team in 1988.

According to StatMuse, Butler’s 47 points was the second highest playoff tally by a Heat player in franchise history, behind only LeBron James. LeBron James did not score the most points in the game for Miami against the Celtics, but against the Brooklyn Nets. On May 12, 2014, James scored 49 points to help the Heat beat the Nets 102-96 in the Eastern Conference semifinals and take a 3-1 lead in the series they eventually led 4-1 won.

Butler’s Game 6 scoring performance also toppled every playoff performance Dwyane Wade had ever put on in the 14.5 seasons he played for the Heat. The most points Wade ever scored in a playoff game was 46, that was against the Celtics, but it was on April 25, 2010 when he scored 46 points that helped Miami beat Boston 101-92 in the first round beating the 2010 playoffs to avoid a sweep. The Celtics eliminated the Heat in the very next game.

The highest individual performances in Miami playoff history come primarily from James, Wade, and Butler. That’s impressive given that the Heat had Shaquille O’Neal, Alonzo Mourning and Tim Hardaway Jr. when they were All-Stars.

Miami could very well win the series, but it’s likely they’ll need another performance like Butler’s to make it happen.