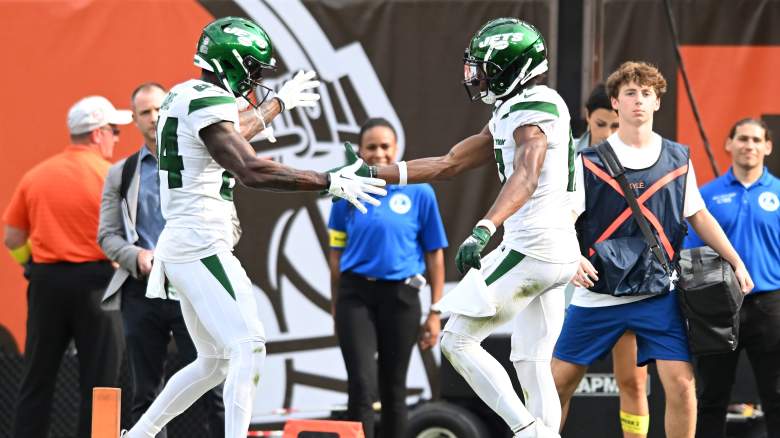 The New York Jets might try to shake up their broad receiving corps.

At the moment, the green-whites have a first-world problem on the position. With several top options in Garrett Wilson, Elijah Moore and Corey Davis, they have a great combination of star power and depth.

But despite Wilson’s recent emergence, another player higher up the depth chart is eating up some of his potential replays. That could lead to a potential trade down the line, and according to an insider, teams are interested.

On the Flight Deck Podcast, ESPN’s Rich Cimini answered a mailbag question regarding Davis’ future in a Jets uniform and whether or not a trade might make sense:

“Interesting that you mention that [because] On Sunday’s SNY pregame show, I noticed an NFC team keeping tabs on Corey Davis. I wouldn’t be shocked if the Jets received a call from a team investigating Davis before the trade deadline.”

Right now, the Jets are 1-1 and Davis is a key cog on their offense. Not only is he a standout in the passing game, but head coach Robert Saleh has also praised Davis for his work in the running game.

Cimini said he can’t see the Jets trading Davis at this time, “but we’ll see how it goes”:

“If they’re falling out of the competition and looking for a way to get Wilson out on the field more often, maybe they would look at that. I know there is at least one team that might be interested.”

This move would not only open up playing time for some of the younger options on the squad such as Wilson, Moore, Braxton Berrios but also for Denzel Mims who is currently a healthy scratch from week to week.

Gang Green could also be financially motivated to make a move. Davis is due $13.66 million this season on the second season of a three-year contract. If they can get out of that contract and give a youngster more playing time, it could be a win-win scenario.

While trading a character for an asset while making more playtime for your youngsters makes superficial sense, it’s not a foolproof plan.

Jets fans know how the injury virus can devastate a positional group, look no further than last month’s offensive tackle space. Both Mekhi Becton and Duane Brown changed the tenor of the entire equation heading into the 2022 season.

This can happen at literally any position on the team. With that in mind, I’m not sure the Jets should be in any rush to trade depth or a launcher for that matter.

Especially when you consider the implications of a decision. A few years ago, Sam Darnold was playing quarterback for the Jets and didn’t have enough guns around to properly gauge his game.

At the moment, the Jets have a plethora of guns that will make Zach Wilson scoot when he returns from injury. If you trade Davis away and then happen an injury or two, the Jets could be back in a world of deja vu where guns are suddenly in short supply.