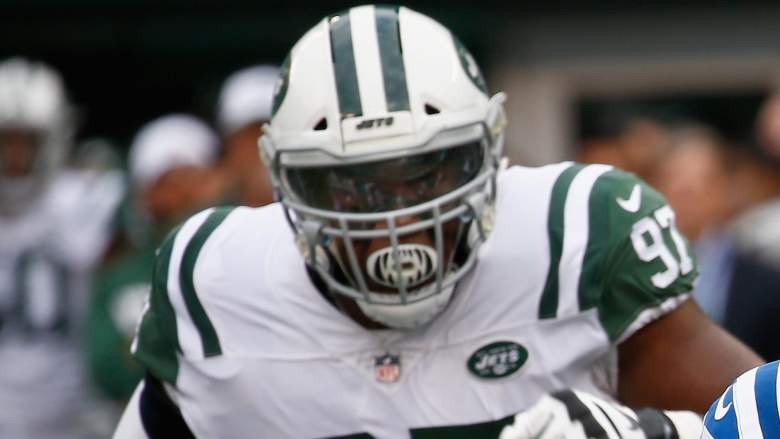 After all the noise this offseason about players turning the New York Jets down for other locations, it’s nice to hear the other side of the coin.

The new regime on 1 Jets Drive is trying to change the lost narrative, and it won’t happen overnight. However, you can already see that some of the changes are having an immediate impact.

The Jets have lost eight of their free agents to other teams this offseason, but there were more players who could have gone above and beyond:

One of them was experienced defensive tackle Nathan Shepherd.

According to new information from Rich Cimini, who covers the Jets for ESPN, “Shepherd had a chance to go as a free agent, but he turned down a better offer to return.”

The money difference between what he got from the Jets (a year’s contract for $1.08 million) and the other competing offer was $150,000 more per Cimini.

It’s not about the money itself, but about the principle of movement. “His decision surprised and delighted people in the organization,” Cimini wrote.

Despite the opportunity to make more hard cash, and perhaps even an even greater chance of playing time, the veteran chose to stay home.

In every situation there is something that makes you as an organization and as a fan community feel good.

When Shepherd was initially taken by the Jets with the No. 72 overall pick in the third round, it was greeted with much eye-rolling from the fan base.

Born in Canada, he took an unconventional path to the pros and was older than the typical rookies.

Shepherd was 24 when he heard his name and turned 25 during his rookie campaign. Now he is 28 but will turn 29 in the middle of the 2022 season.

Believe it or not, the former Fort Hays State product is now the longest-serving draft pick on the team. That certainly speaks to the recent roster turnover and not-so-big story in the draft.

While he’s not a popular player with the fan base, Cimini notes in his column that “he’s well respected in the dressing room for his work ethic and loyalty.”

Earlier this offseason, while speaking about the roster, head coach Robert Saleh singled out Shepherd as one of the “Kings of Strain” on the team. He just loves the way he competes and said it’s an integral part of his rotation on the defensive line.

With the loss of Fatukasi this offseason, Shepherd is now the tallest defender on the team at (315) pounds.

That’s an important note considering the Jets haven’t made any significant additions to defensive tackle position this offseason. During the voluntary portion of the OTAs, Shepherd was given “first team reps” per Cimini.

While he’s not a popular player with the fan base, Cimini notes in his column that “he’s well respected in the dressing room for his work ethic and loyalty.”