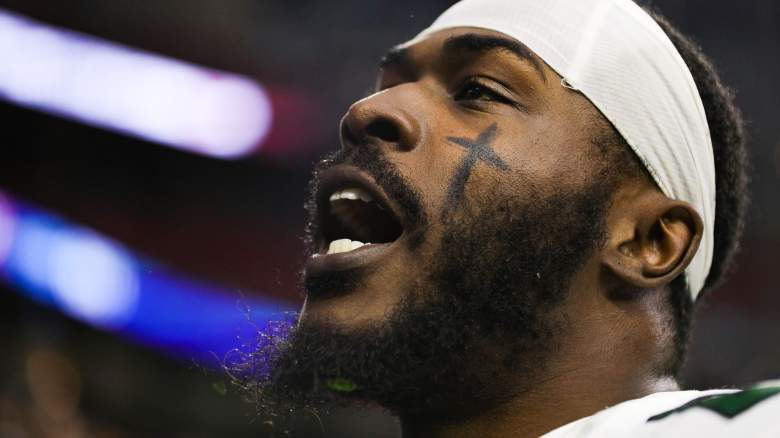 One runs back Tevin Coleman, who is out with an undisclosed illness. Luckily, it seems the Jets backfield sage should be back before long.

Monday night’s NFL transaction line revealed that Coleman did indeed pass his physical and was cleared to practice. Well, that doesn’t necessarily mean the ball carrier will be on the field tomorrow – George Fant has been deleted and he still hasn’t played – but he has been removed from the non-football injury (NFI) list.

Head coach Robert Saleh told reporters that Coleman was “close” to returning after practice, adding he should be back on the field sometime this week.

Some might count Coleman in the Jets’ playpen with all these younger players showing up, but this coaching staff really likes the presence of veterans, which in small doses has been very productive.

Last year he ran for 4.2 yards per carry when called. That ranked second among Jets halfbacks behind Michael Carter, who had just 4.3 yards per carry.

Coleman has also demonstrated some ability to catch the ball from the backfield, block and return football in special teams. He’s a pro, as Coach Saleh would say, and it’s important to have that kind of strong character leader in the RB space.

Breece Hall and Carter have taken the top two slots, but Coleman appears to have edged out Ty Johnson, Zonovan Knight, and La’Mical Perine to fill the third role. This will be a situation to monitor over the summer.

Several ex-Jets appeared on the NFL transaction line along with Coleman. The headliner was a crosstown signing by the New York Giants.

Big Blue inked safety Jarrod Wilson, who started three games for Gang Green in 2021. Along with several others, the former five-year Jacksonville Jaguars veteran helped fill the gap in the backend as Marcus Maye and Lamarcus Joyner were sidelined.

He contributed a total of 13 tackles and probably made his biggest impression as a pass rusher with one big sack on Josh Allen and three quarterback hits as Jet.

Two recent cuts have also been tested but are unsigned at this time. Those athletes were linebacker Javin White and wide receiver DJ Montgomery.

White got a chance with the Arizona Cardinals on Aug. 1 while Mongomery played tryouts at two different locations — Indianapolis and Pittsburgh.

In terms of their respective careers with the Jets, you might not remember White that well. The Jets picked him up from waivers near the end of the 2021 season and he only appeared in one game.

Montgomery has been in the Jets organization since 2020. Last year, the special teamer/wideout finally took the field, hitting three of six targets for 36 yards. He’s been a mainstay on the practice team for the past several years and appeared to be a favorite of ST coordinator Brant Boyer until his most recent dismissal on July 26.

White got a chance with the Arizona Cardinals on Aug. 1 while Mongomery played tryouts at two different locations — Indianapolis and Pittsburgh.