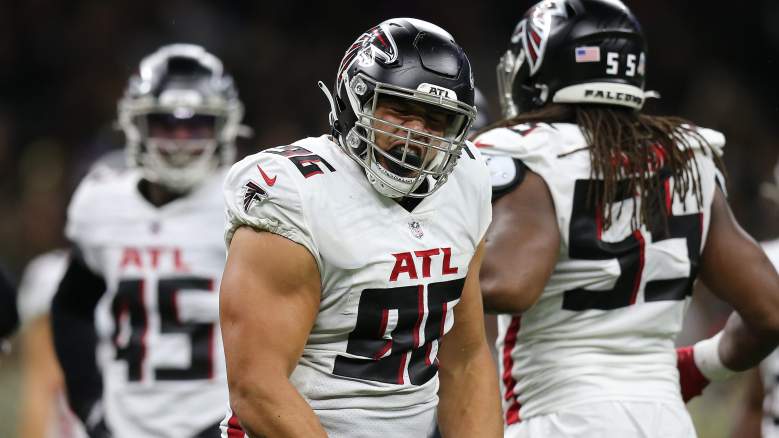 Some in the New York Jets community believe the roster is set before training camp, while others fear potential holes could cause problems later.

One area where there is a need is in defensive tackle. Robby Sabo, co-founder and media member of Jet’s X-Factor, emphasized this position in a recent article on training camp storylines. “Perhaps the most overlooked aspect of this Jets roster is what’s in it on the defensive end,” he said. “Where’s the beef?”

Sabo continued, “The Jets don’t have that traditional 1-tech defensive tackle on their team… It means the Jets’ defensive line was intentionally narrowed to attack gaps faster.” He finished his thought by suggesting that John Franklin-Myers should move in full-time, but what if there was another solution?

As Sabo noted, it’s become clear that the Jets have no interest in using a clogger (or any 1-tech guy from DT). At least they don’t care about the ones that are available, having reportedly missed BJ Hill and DJ Jones in free agency.

Solomon Thomas and a return from Nathan Shepherd were plan B, but if those options fail, plan C might be in order. Jet Press writer Justin Fried suggested a free-agent connection that might make sense for this coaching staff.

While you’ve surely heard some of these free-agent names before, Fried’s featured target (Davison) is a new proposition that calls for some creativity. First of all, running defense seems to be the 29-year-old’s forte.

Though his last two seasons have been underperforming, Davison has had a consistent streak as a run stuffer from 2017-19. Two of those campaigns were with the New Orleans Saints and the third was with Ulbrich and the Atlanta Falcons — the current Jets DC eventually worked more closely with the Falcons’ D-line as an interim coordinator in 2020.

His top score on Pro Football Focus in 2017 was 81.3. Davison also fits the athletic profile and build of a Robert Saleh defensive tackle. He’s not that tall at 6-foot-2, but he’s fast and powerful at 310 pounds, and he’s got seven years of experience in a 4-3 front.

Despite receiving lower defensive ratings, Davison had his best season as a tackler in 2021. He didn’t miss a single tackle over 358 snaps, giving him a 77.7 overall in that area.

The ex-Falcon isn’t a pass rusher, with a career-high 19 quarterback presses in 2020, but the Jets don’t need another pass rusher. It should also be affordable.

Davison’s most recent deal was a three-year deal with a maximum payment of $12 million. That was in its prime, and the defensive tackle never made it into the final season of that arrangement, ending up with about 50% of potential earnings.

He wouldn’t cost nearly that much now, and there’s no reason the Jets shouldn’t bring him in to see if he’s really an “upgrade” from Thomas, Shepherd or Jonathan Marshall in training camp.