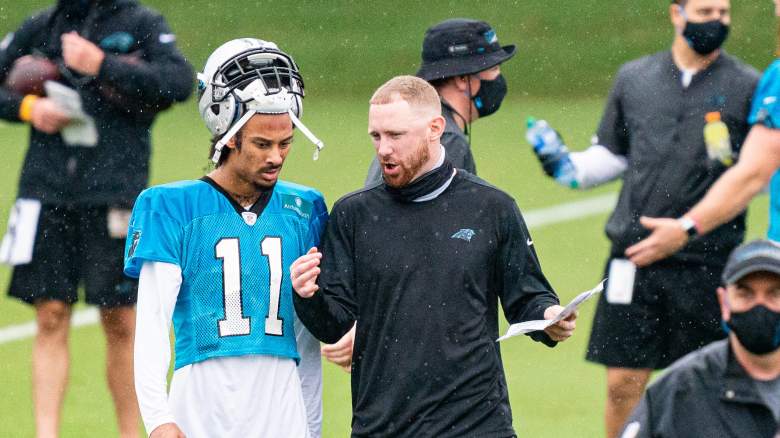 The New York Jets leave no stone unturned when looking for a coach.

Albert Breer of Sports Illustrated tweeted that Buffalo Bills quarterback coach Joe Brady is an interesting person for Gang Green. He said the Jets are “doing their homework on him.”

Joe Brady has had a rollercoaster ride through the coaching ranks and is only 33 years old.

He officially began his coaching career in 2013 as a linebacker coach at William & Mary. After two years there, he served as a graduate assistant with a much larger program at Penn State.

That’s when the young man made a giant leap to the NFL level in 2017 as an offensive assistant for two seasons with the New Orleans Saints.

Following his introduction to the New Orleans market, Brady joined the LSU football program in 2019 in a variety of capacities. He was listed as the passing game coordinator and wide receiver coach for that season.

That season was the best in program history with a national championship win, a 15-0 season and the official introduction of Joe Burrow to the rest of the planet.

He planned to stay at LSU after that magical season and sign a three-year contract, but the allure of returning to the NFL with a better title successfully lured him away.

After a season at the helm, Brady went from college assistant to legitimate head coaching candidate almost overnight, per Ross Dellenger from Sports Illustrated.

As quick and bright as his flame appeared, he was fired from the Panthers next season in 2021.

After a few weeks out of work, Brady finally landed with the Buffalo Bills as quarterback coach in February 2022.

This is an evolving story and we will provide new details as they become available.

Taylor Armstrong Explains Why She’s ‘Stuck’ With Her Big Lips

Taylor Armstrong Explains Why She’s ‘Stuck’ With Her Big Lips