Jets are feeling the effects of Deshaun Watson’s latest decision 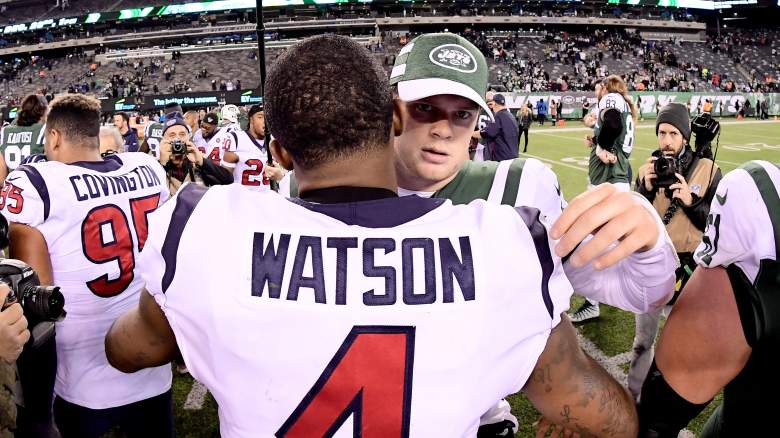 One of the biggest stories of the 2022 NFL offseason was the immediate NFL future for Cleveland Browns starting quarterback Deshaun Watson.

On Friday, March 18, the Houston Texans traded Watson to the Browns in a monster package that included three first-round draft options, a 2023 third-rounder and a 2024 fourth-rounder.

In a related move, the Browns renewed the former Clemson star to a fully guaranteed, four-year, $177.5 million contract. All in all, it’s a five-year deal worth over $230 million that’s fully guaranteed.

However, a possible suspension has been looming for months, and Sue Robinson (the disciplinary officer appointed jointly by the NFLPA and NFL) has made a decision.

ESPN’s Adam Schefter was first to share the news on social media that Robinson has determined that Watson “violated the personal conduct policy and banned him for six games”.

With this suspension, Watson is now ineligible to play for the Week 2 matchup against the New York Jets.

This means seven-year veteran Jacoby Brissett is now expected to face the green-whites.

Prior to this Watson news, the Browns were a 6.5-point favorite in Vegas and had an 81.4 percent chance of beating Gang Green, according to ESPN FPI analysis.

With a much less dynamic quarterback under center for the Browns, the perception of this game will change.

That’s great news for a Jets team trying to get their first September win since 2018 (yes, that’s a real stat).

Now either side (Watson’s or the NFL) has three days to file a written appeal via ESPN. At that point, Commissioner Roger Goodell or an appointed officer will “issue a written decision constituting a full, final and complete settlement of the dispute”, under the terms of Article 46 of the Collective Agreement.

It’s important to note that prior to the Robinson decision, the NFLPA had released a detailed statement saying they will not be appealing the decision and they hope the NFL will do the same.

When the Jets’ 2022 schedule was first released in May, many Jets fans overreacted, saying the schedule was way too difficult and the NFL went out of its way to screw the team.

I’ve always evaluated the schedule the same way from year to year. Who are the quarterbacks you face?

I know this is probably oversimplifying, but in a quarterback-dominated league, this seems like the most appropriate way to determine the schedule’s true strength or weakness.

Week 4: with the Pittsburgh Steelers (Mitch Trubisky or Kenny Pickett)

Objectively, two of the first five games are tough with a former NFL MVP and a quarterback who just represented the AFC in the Super Bowl. It’s a challenge, but at least you get both games within the beautiful confines of MetLife Stadium.

The other three face off against a career journeyman, a former first-round boss, or an untried rookie (depending on who wins that QB fight), and Tagovailoa, who has been much maligned this offseason.

Where’s that impossible schedule where the jets can’t even show up? I don’t see it and neither do the Jets. If they can make it out of that 2-3 or 3-2 (at least), they have a very good chance of making a run for the second half of their season.

I’ve always evaluated the schedule the same way from year to year. Who are the quarterbacks you face?