Jayson Tatum on collision course with Brad Stevens due to injury 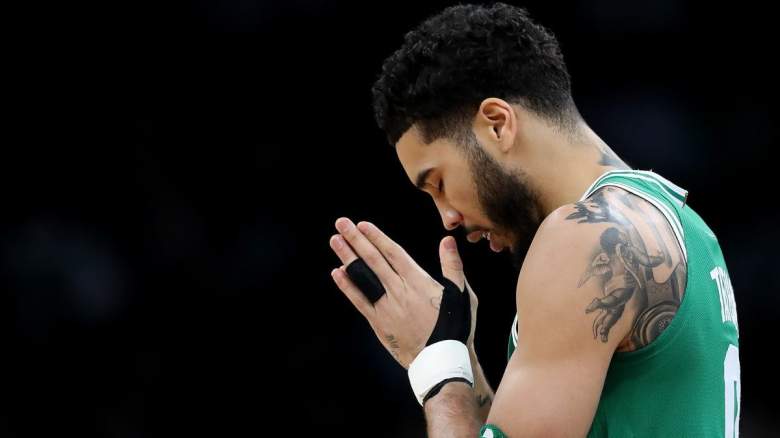 Sitting in front of the media after the Boston Celtics’ 109-98 win over the Brooklyn Nets, Jayson Tatum revealed that he is struggling with pain in his wrist and fingers.

“If you look at my hand, I have duct tape on my wrist, duct tape on my thumb. I had to tape my middle and ring fingers together. I’ve got a lot of shit going on. But that mattered, just lingering things, and it was uncomfortable tonight. But I like playing too much to sit outside. Yes, I had a few bad shots, but I’d rather be out there still trying to help my team win than not. It’s going to be alright… It’s something me and Brad are going to argue about; If it comes to that, you might see me sit out, you might not,” Tatum said.

Despite the pain, Tatum finished the fight against Brooklyn with 20 points, 11 rebounds, 5 assists and 1 block while shooting 31.8% from the field and 20% from the perimeter.

Later in the same press conference, Tatum spoke about the Celtics’ need to make sacrifices from an individual perspective, noting that a win is more rewarding than any single award or statistic.

“Everyone has to make sacrifices to be on a great team. We have individual players coming off the bench who could start in most other teams. We have guys starting who might have more average in another team. But everyone will tell you how much fun and rewarding it was in last year’s playoffs to keep advancing, keep winning and make it to the finals. And no individual statistic or award can compare to being part of a winning team having fun. There’s nothing better than that.” said Tatum.

After Brooklyn’s loss, Ben Simmons took some time to praise the Celtics’ basketball brand and the team ethos they demonstrate every night, while also noting that they are one of the best teams in the NBA.

“It’s fun to come here tonight and play against a team like this, it’s fun, you want to play the best team. The way they play is fair; They are very together, defensively and offensively. They have some great personalities, but to sum it up, they play team basketball. They know their roles, they share the ball, they’re very consistent,” Simmons said.

Simmons almost did a double-double for Brooklyn despite not scoring a single point. In 26 minutes of play, Simmons finished the competition with 0 points, 13 assists and 9 rebounds.

Boston will now turn its attention to the Jan. 14 contest against the Charlotte Hornets as they look to earn their 33rd win of the season and continue to gain momentum as we near the All-Star break.