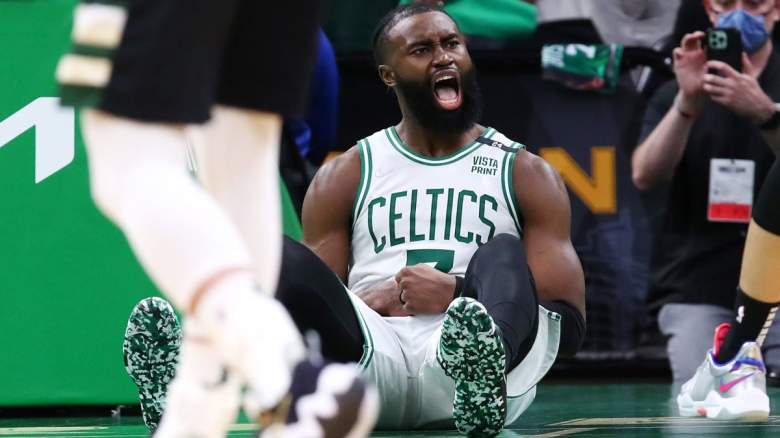 It’s been a bumpy road for Ime Udoka since taking the job as head coach of the Boston Celtics. But for now, he’s proving to be one of the best young coaches in the NBA, leading his team to the Eastern Conference Finals against the Miami Heat.

Looking back at the start of the season, it never seemed like Boston would figure things out, at least not to this extent. Still, Udoka stayed strong and doubled down on implementing his principle-based offensive and defensive systems, and now the Celtics are reaping the benefits.

After the Celtics’ Game 7 win over the Milwaukee Bucks, Jaylen Brown spoke enthusiastically about the head coach’s freshman year and shed some light on what moves Udoka behind the scenes.

“Fantastic. For a first-year coach, I feel like that’s unheard of. His balance and confidence has never changed. Even when we were down 2-1 or 3-2, you could tell from the look on his face we would win this series.

We just had to do our business and sometimes in those moments you can get caught and move away from everything or make over adjustments. And he didn’t; We kept our poise, head and confidence and we were able to win this series,” Brown told reporters when asked about Udoka’s postseason impact.

Whenever two teams face off in a seven-game series, both sides inevitably develop a healthy respect for one another. Both Milwaukee and Boston marginalized each other, forcing their opponents into deep waters in a series that could have gone either way.

After the Celtics won Game 7 and advanced to the conference finals, Bucks head coach Mike Budenholzer commented on how impressed he was with Boston’s coaching staff, top to bottom.

“I just want to take a second to give a lot of credit, a lot of respect to the Boston players, the coaching staff, coach Udoka, phenomenal work. A lot of respect for them, I wish them the best for the future. They were the better team, seven game series. A lot of respect, a lot of praise for Boston,” Budenholzer told the media shortly after the end of his team’s season.

After their victory over everything and everyone at TD Garden, the Celtics advance to the Conference Finals where they face the Miami Heat for the second time in three years.

The last time these two teams went head-to-head, the Heat won thanks to exceptional defense and a robust offensive game plan. Still, the Celtics are a different team now and are taking on the physical nature of the playoffs, meaning we should look forward to a good fight between the Eastern Conference titans.

The first game of the Conference Finals will be played on Tuesday, May 17 at 8:30 p.m. Eastern Time, with the Celtics traveling to Miami for the first two games before returning to Boston for games three and four. Unlike their streak against the Bucks, Boston doesn’t have home field advantage, so they should avoid letting that streak run into a seventh game.