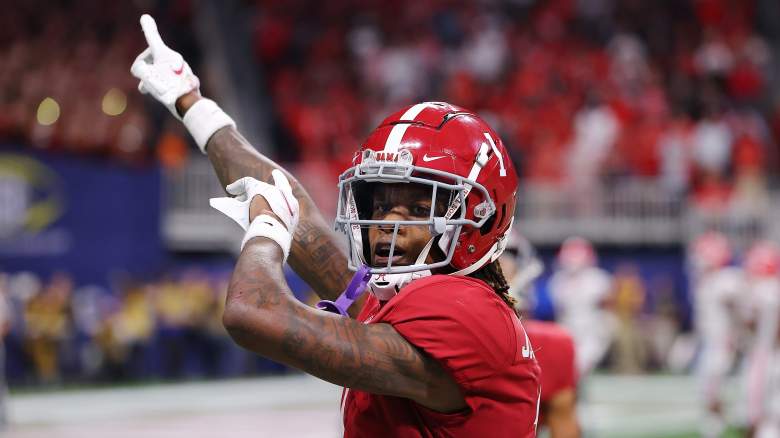 The Detroit Lions have seen Jameson Williams work his way back into the mix ahead of his return date and it’s clear the player is hardly ready to prove himself.

Williams has been more active on social media as he nears his imminent return to football and the start of his NFL career, and a recent post talks about his mentality and talent as he prepares to begin his tenure with the Lions start.

Williams recently published a post on Twitter that showed how motivated, ready and confident he is. As he says, nobody can stop him.

“You can’t stop me,” Williams tweeted along with some batteries and a power plug emoji.

Few people consistently stopped Williams in college, especially during the 2021 season. The NFL is a whole different animal, but a player cannot succeed unless they are willing to take on the challenges.

With that tweet, it’s clear that Williams has the right attitude as he begins tracking the launch of his career.

The news could be a bit frustrating for some fans considering what has been revealed over the past week about Williams’ availability and potential for a quick return.

According to NFL Network insider Ian Rapoport, the Lions will get Williams soon, maybe as early as Week 13 against the Jacksonville Jaguars.

“The Lions obviously won’t have rookie WR Jameson Williams today, but as he’s looking to return after tearing his cruciate ligament in college, he’s coming soon. This week wasn’t full speed training, but next week will be. If he gets through unscathed, there’s a good chance he’ll be activated,” Rapoport said wrote.

It always seemed like Williams was more likely to return in December, and that’s been rumored for the Lions since launch. With Rapoport’s comment, that seems to be the case.

It may not be Week 13 right now, but the Lions could look forward to a Week 14 or Week 15 arrival for their biggest offensive weapon added last offseason.

As evidenced by the reaction, Williams feels he’s gaining confidence just a year after the injury that would change the course of his career on the field.

Williams had to slog through rehab while observing former teammates and others starring on the field in the meantime. It was obviously tough for the youngster, but he took a positive approach.

Now that he’s back and training again, Williams understands and is enjoying the process of training again and working his way through the grind.

“It was good. It will take a long time. Something I’ve wanted to do for a while. It’s only part of the process. It’s another step in getting on the field and I’m happy to be a part of it, you know?” Williams told the media.

It’s clear Williams is enjoying the process and as he begins to pursue his return to the field, he’s not lacking in confidence. This is great news for the Lions and their offense, which needs the big games Williams could provide.

It’s clear Williams is enjoying the process and as he begins to pursue his return to the field, he’s not lacking in confidence. This is great news for the Lions and their offense, which needs the big games Williams could provide.