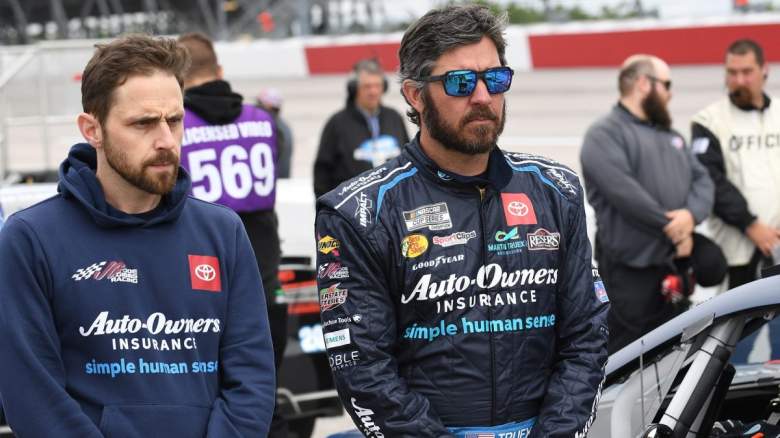 Will aggressiveness increase as NASCAR transitions into the next-gen era? That’s the opinion of many drivers and team members, especially after the trip to Indianapolis Motor Speedway. The list includes James Small, who said drivers can get away with not using their brains.

Small, the pit man for Martin Truex Jr. and the No. 19 team, made the comments during an Aug. 5 appearance on SiriusXM NASCAR radio. He said the Cup Series will continue to make trips to the various road circuits and that’s exactly what racing is now.

“And then on street courses there are obviously no consequences now for someone who drives like that,” Small said. “Even with the old car, if you hit someone, you’d get tire rub because the body would buckle. You would do some harm. But now people just can’t use their brains, drive like idiots and get away with it. It’s frustrating, it’s not really racing, it looks stupid on TV.”

Small went on to say that you don’t see some of these aggressive moves from veterans like Denny Hamlin, Harvick or Truex. He noted that it is trending in that direction as the younger riders enter the sport.

The 2017 Cup Series Champion is someone who has excelled on the street circuit in the past. He has four career wins at this type of track, three of them at Sonoma Raceway at the top, so it was understandable that he would come in as a name to watch.

Truex picked up points in Stage 1 but he also dealt with issues late in the race after starting the final stage 15th overall due to his pit strategy. He got into the midst of chaos at Turn 1 after working his way into the top 10, resulting in a flat tire on the No. 19 Toyota Camry TRD.

Rather than fight for a strong finish in overtime, Truex had to deal with a tire problem during the caution for Austin Dillon, who was stuck in the gravel. That incident at Turn 1 derailed his afternoon and contributed to Small’s strong comments.

Small wasn’t the only crew chief to have strong comments about racing style on the Indianapolis Motor Speedway street course. Greg Ives, Alex Bowman’s crew chief, also chimed in with comments after a wreck ended the No. 48’s day early.

Ives appeared on SiriusXM NASCAR Radio after the street course race. He said he sees better racing out of his seven-year-old and there are penalties for avoidable touches on the track. He sees no consequences for some of these aggressive races in the Cup Series.

“It’s not good for racing, it’s not good for professionalism,” Ives said on Aug. 1. “Ultimately, NASCAR has to figure out how to do it so that … like I said, one of these bodies has few disadvantages running the next guy over in front of you. Maybe a blue nose or a black eye will help.”

Admittedly, Ives noted during an interview with Heavy that some of these on-track incidents are out of his control. Instead, he and the No. 48 team can only focus on controlling the quality of the setups, the movements on the track and the strategies.