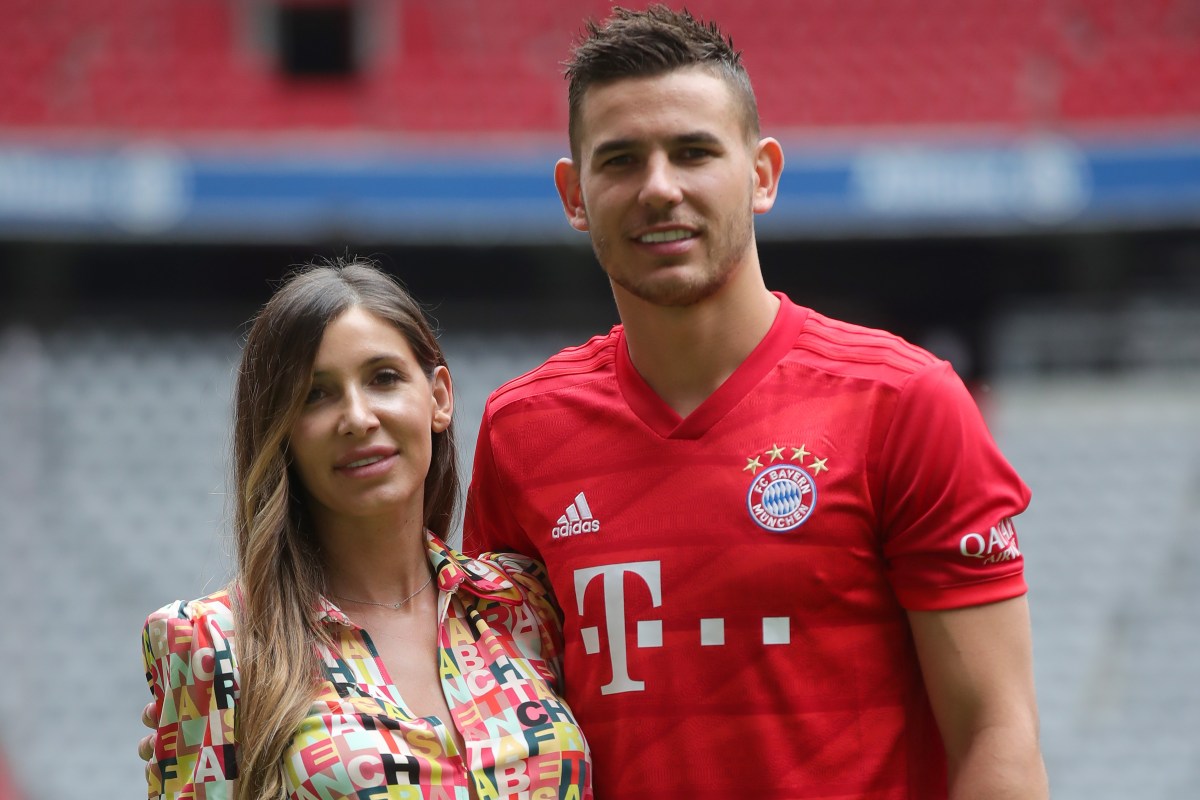 French international Lucas Hernandez is serving a prison sentence for violating an injunction following an incident of domestic violence.

The star of FC Bayern Munich had requested to suspend his six-month prison sentence.

But today it emerged that a Madrid court had denied his application – giving him 10 days to voluntarily go to jail from 11 a.m. next Tuesday.

Lucas, 25, has been told that he will be able to choose the Spanish prison where he will serve his six-month sentence when he is in court in Madrid next week.

The shock news comes just three days after the former Atletico Madrid left-back won the UEFA Nations League final with France when they beat Spain 2-1 with a late goal from Kylian Mbappe.

The footballer was sentenced to jail in December 2019 after violating an injunction that prevented him from getting close to his then-partner Amelia Lorente.

He was told he was not allowed to move within 500 meters of the pretty brunette for six months and was sentenced to 31 days of community service in March 2017 after being convicted on domestic violence charges.

His partner received the same sentence.

Lucas was arrested at Madrid Barajas Airport on June 13, 2017 when he was disembarking from Miami with Amelia after her honeymoon in the United States.

She reportedly avoided arrest at the time after proving that she had not been informed of the restraining order.

The Marseille-born defender, who was capped 29 times by France in the senior team, lost his application for the execution of his sentence because he is not a first-time offender in Spain.

Hernandez and Amelia married in Las Vegas in the summer of 2017, despite being told to stay away from each other after the domestic violence incident.

They are said to have secretly tied the knot on June 2nd of this year.

They had a son named Martin.

In March 2019, Amelia announced on social media that they are no longer together.

She said at the time: “A mother always thinks twice, once for her and another time for her son. Just you and me, my baby. “

The footballer is believed to have appealed the decision of the Madrid court, which is yet to be decided.

The appeal will be examined by the judges of the Audiencia Provincial Court in Madrid.

According to local reports, he is expected to appear in court next Wednesday to select the prison he would like to spend his time in, but he could not arrive at the last minute or leave the prison after a few days if the judges uphold the appeal .