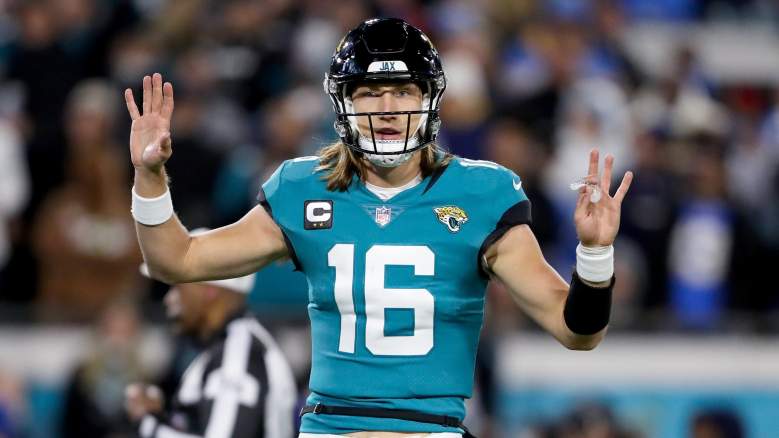 Arrowhead Stadium, home of the Kansas City Chiefs, is widely known as one of the noisiest game-day stadiums in pro sports, let alone the NFL. But Jacksonville Jaguars quarterback Trevor Lawrence doesn’t think Arrowhead will compare to TIAA Bank Field — home of the Jaguars — when Kansas City and Jacksonville meet Jan. 21 in the divisional round of the AFC Playoffs.

“I honestly can’t imagine Arrowhead Stadium being going to be much louder than our fans were here on Saturday, but that was defense, not offense,” Lawrence said during his Jan. 18 press conference.

TIAA Bank Field was a 27-point comeback by the Jaguars during Super Wild Card weekend due to what happened on the field, ending with a game-winning field goal from kicker Riley Patterson after time ran out. The win lifted Jacksonville above the Los Angeles Chargers and into the next round of the playoffs.

That game marked the third-biggest comeback in NFL postseason history and the first playoff win for the Jaguars since 2017. The win was also the seventh win in the last eight games for Jacksonville.

The unique circumstances that unfolded in this wild card game resulted in one of the most electrifying atmospheres to be found at an NFL stadium this season. But to say Arrowhead Stadium won’t be “much” louder for the Chiefs-Jaguars game shows how seldom Lawrence actually visited the Chiefs home.

In Jacksonville’s 31-30 win in the wild card round, Lawrence started the first half with four interceptions, giving Los Angeles plenty of opportunities to take a massive lead. However, Lawrence rebounded by throwing four touchdowns, showing an incredible amount of mental toughness against the 2021 No. 1 overall pick.