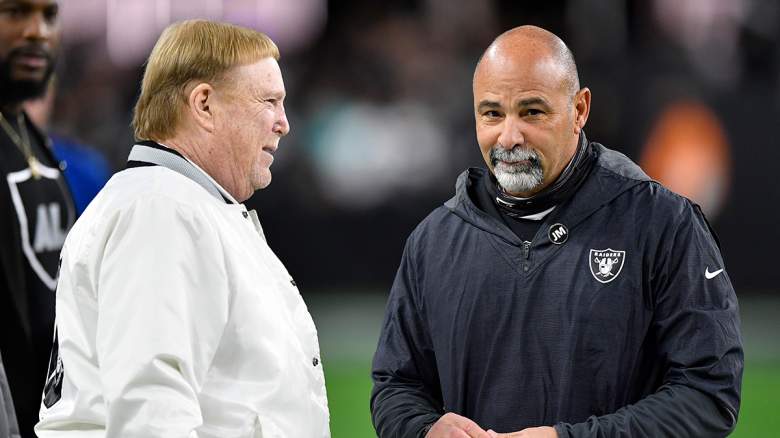 Interim head coach Rich Bisaccia did the unthinkable this season by leading the Las Vegas Raiders to the playoffs. It’s been a brutal season of controversy, but the first-time head coach has kept the team afloat. The Raiders will have Bisaccia to thank for playing just their second playoff game since 2002.

Most analysts looking outward believe the coach has done enough to earn the full-time job as head coach. However, Raiders owner Mark Davis may have other plans. He has shown a penchant for targeting superstar head coaches. He hired Jon Gruden back in 2018 and just signed Becky Hammon in a record-breaking deal to take over the Las Vegas Aces. While Bisaccia has proven capable, he’s not a name Davis will enthuse about.

According to ESPN’s Adam Schefter, the interim head coach is not confident he will keep the job.

“I don’t think he thinks he has a chance of keeping the job, which is unfortunate because he’s done a great job,” Schefter said of Bisaccia at Sirius XM Mad Dog Sports Radio.

Schefter also mentioned that he believes the Raiders “believe they’re going to make a change.” Obviously the season isn’t over yet and a deep playoff run could change things, but it looks like just making the playoffs won’t be enough to guarantee Bisaccia keeps the job.

What Bisaccia did in guiding this team to the playoffs is nothing short of remarkable. Most teams would have given up and ended with a bad year. He deserves a lot of credit for what they did. However, there are a lot of things Davis needs to consider before making a decision.

That’s still Gruden’s team. He’s built the roster, built the coaching staff and the offense is still working to his playbook. Will Bisaccia be able to build his own staff and make difficult decisions? Can he play a role in building a solid roster? Will he keep Greg Olson as offensive coordinator and let him build his own playbook or hire someone new? It’s possible he has answers to these questions, but Davis needs to make sure he has them before hiring him.

With no previous head coaching experience on his resume, the Raiders will need to focus on what he’s done this year to determine if he’s a good fit for the job. The most worrying thing for Davis has to be the thought that the Raiders just caught lightning in a bottle this year. The team is 4-0 in overtime and seven of their 10 wins have ended by a one-place lead.

Winning close games is great, but Davis would like to see his team win something more definitive from time to time. Well, to be fair to Bisaccia, he could streamline the ship this off-season and fix many of the problems Gruden caused. Davis might look at a guy like Jim Harbaugh or Brian Flores and see them as a safer bet since they’ve already proven they can take on a bad team and turn them into a winner. It’s possible Bisaccia is the perfect head coach, but it could be a risk depending on who’s available. One thing is certain: Davis should only not bring Bisaccia back if there is a definitely better candidate.