Inside ‘Bazball’ and England’s Test revival 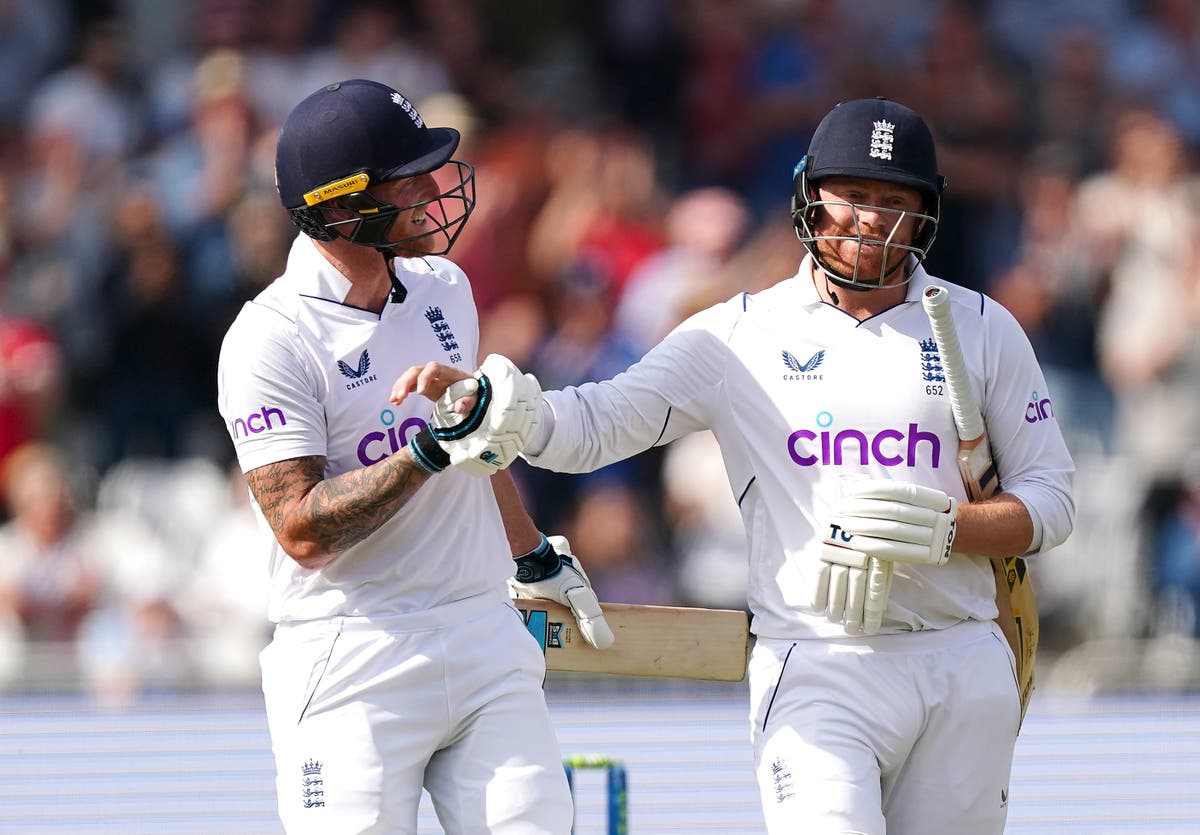 England celebrate a series win over New Zealand after a stunning chase at Trent Bridge gave them an unassailable 2-0 lead with a Test to go.

After just one win in their last 17 games, it was a remarkable start to a new era in men’s Test cricket.

New head coach Brendon McCullum, commonly known as “Baz”, has kept a low profile in the media, letting his players speak for themselves on and off the pitch. But there’s no denying that his philosophy of relaxed mind, aggressive tactics and positive vibes had an immediate impact. McCullum put all of New Zealand cricket on a remarkable ride during his time as captain and from the way the England side have embraced his ethos so far it looks like they are preparing to do the same. The results may not always be good, but the mindset is unlikely to falter.

Two games is a small sample size, but early signs of Ben Stokes’ captaincy give great cause for optimism. When Joe Root left the role, some thought the experiences of former star all-rounders Sir Ian Botham and Andrew Flintoff might be a red flag, and others feared the side’s busiest player was simply taking on too much. However, he made the perfect first impression by demonstrating a certain flair for man management, instilling confidence in his teammates and fighting selflessly for the cause. Right now it’s hard to find a skeptic left.

It’s no real surprise that James Anderson, Stuart Broad and Jonny Bairstow make appearances at times throughout this series. All of them are proven, thoroughbred top performers at international level. Most intriguing, however, has been how players with a less established spot in the pecking order have grown in just a few short weeks. Alex Lees seems a freer, more expansive player than the blocker who made his West Indies debut, Ben Foakes was sharp with the gloves and found his role in middle order, while Ollie Pope’s century from number three could go down as a turning point in his volatile career. All three would have been unsure of their place at the beginning of the summer.

Jack Leach has maintained his position as first-choice spinner, but after suffering a concussion at Lord’s his performance at Trent Bridge has been mediocre. It seems fair that the slow bowling situation is still in the works as Lancashire leg spinner Matt Parkinson is now part of the equation after making his debut as Leach’s replacement in the first Test. Even more intriguing are the conversations McCullum had with Moeen Ali and Adil Rashid – two players whose Red Ball careers seemed over. Moeen is already open to a comeback, likely in Pakistan this winter, while Rashid could also be open to a call.

Even as results faded towards the end of his tenure as captain, Root maintained an excellent record with the racquet. Any worries that his performance might falter upon his return to the ranks were immediately banished, with a game-winning hundred at Lord’s followed by a commanding 176 this week. He is now back at the top of the ICC world rankings and if England are to do the same they will need their most reliable performer to continue his hot streak.