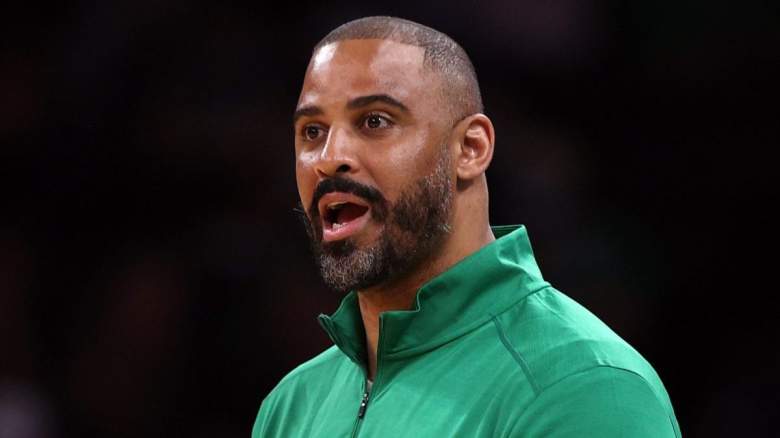 The Boston Celtics have had a relatively busy start to the summer. After reaching the NBA Finals, they signed Danilo Gallinari and traded for Malcolm Brogdon. All was looking good for Boston, but things have been crumbling around them lately.

First, there was Gallinari’s injury. He tore his ACL while playing for the Italy national team at EuroBasket. It was then announced that Robert Williams would need knee surgery and could be out for around 4-6 weeks. And now Ime Udoka is in trouble.

Adrian Wojnarowski dropped a bombshell on the league, tweeting that Udoka is likely to be banned for violating team rules, although he didn’t give any details beyond that. However, in a later update, he revealed that Udoka’s job is not in jeopardy.

“It is not believed that Ime Udoka’s job is in jeopardy, but a suspension is imminent and a final decision of that length could come as early as Thursday, sources tell ESPN.” Wojnarowski tweeted.

The news took the NBA landscape by surprise as no new details emerged about what Udoka did that broke team rules. Now fans will have to wait while the team prepares to make an announcement on the matter.

The head coach joined the Celtics last year when Danny Ainge retired (briefly) and Brad Stevens jumped into a front office role. While the team got off to a rocky start, he eventually put the ship back on track and led the Celtics to an incredible second-half run that culminated in reaching the NBA Finals.

However, Wojnarowski’s report of a possible suspension brought all those positive talks to a halt.

“ESPN Sources: Boston Celtics coach Ime Udoka faces possible disciplinary action – including a substantial suspension – for an unspecified violation of organizational policies. Talks are underway within the Celtics about a final decision. Wojnarowski first got in touch.

Adam Himmelsbach of The Boston Globe then followed up on Wojnarowski’s message and confirmed the report. But here, too, he had no additional insight into the situation.

Earlier this summer, Udoka’s top assistant, Will Hardy, left Boston and took a job as head coach of the Utah Jazz. Wojnarowski, in turn, believes Mazzulla could be the one to step into the head coaching role during Udoka’s likely suspension.

“Udoka’s top assistant coach, Will Hardy, has left to coach the Utah Jazz, and another Jazz finalist, Celtics assistant Joe Mazzulla, would likely be a serious consideration for an interim role, sources told ESPN,” Wojnarowski wrote.

Again, little is known about the situation other than that he is likely to be suspended. The timing of the suspension and the infraction committed by Udoka are unknown.

However, more details should emerge quickly as training camp is set to start very soon and the start of the regular season is now less than a month away.