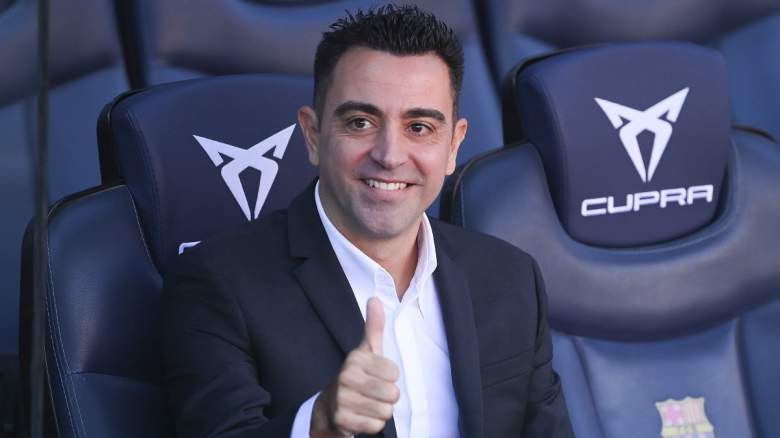 Barcelona defender Jules Kounde has explained his decision to join the club from Sevilla in the summer transfer window, despite interest from Premier League club Chelsea.

Kounde told L’Equipe he has spoken to both Xavi and Chelsea boss Thomas Tuchel but prefers his discussion with the Barcelona boss. The defender also said he knew he would rather play in his preferred position of centre-back at the Camp Nou, as reported by Diario Sport.

“I spoke to Tuchel and also felt that he wanted me to come, but I just preferred Xavi’s speech,” he said. “That’s why I chose Barça because I know I’ll be playing in that position most of the time.”

Kounde has been used at right-back by Xavi at times this season but the manager now has Hector Bellerin available. The full-back made a free transfer on deadline day after his contract with Arsenal ended.

The summer signing got off to a strong start in life at Barcelona. Kounde has three assists in five games for a Barcelona side who have won their last five straight La Liga games.

Kounde says he was aware Barca were in transition when he joined him but wanted to be part of the rebuilding process and help bring the club back to the top.

“First I come to a big club that has had good times and has had less lately. I’m coming to a project that I wouldn’t call a rebuild because we already have a competitive team, but more of an upswing,” he said. “I was interested in being part of this new wave, looking for titles and getting Barça back to where it always was, among the best. Then there was the conversation with the coach (Xavi). We mainly talked about football. I felt a real trust, a real self-knowledge. game and my qualities.”

Kounde was one of many Barca signings over the summer. Robert Lewandowski, Raphinha, Franck Kessie, Andreas Christensen, Marcos Alonso and Bellerin also joined the club as part of a major squad overhaul.

The defender also gave an insight into how Xavi lured him to Barcelona. The France international says the manager told him exactly how he would fit into this team at the Camp Nou.

“When I spoke to him, he told me that my qualities correspond to his game plan, starting from the back, playing high, using my qualities of speed and anticipation. He also wants an aggressive side: we’re one of those teams that pushes up,” he explained. “He saw me in that system and so did I, I saw myself in that team I saw a pretty crazy climb up the table last season. With Sevilla we were fifteen points ahead of them midway through the season. Xavi arrived and I saw the changes he had made and the direction he was going. I liked it.”

Barcelona’s defense also seems to have improved this season. The defense have been particularly prone to pace and quick transitions in recent years but have conceded just one goal in La Liga so far.